24 Best Linux Apps for Chromebook You Must Know in 2021 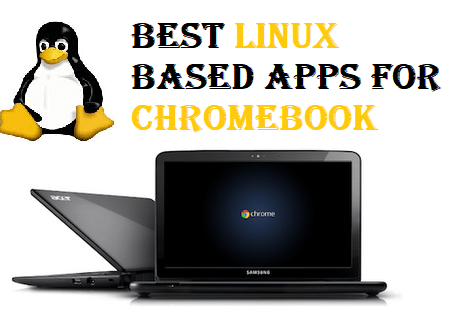 Chromebook operating system is based on Linux Kernel. However, it is not a complete Linux, and few Linux-based commands don’t work on it. With Crostini, most Chromebooks gained Linux app support. Over the years, Linux has been improved a lot in terms of speed, security, and simplicity. It has even become the stablest OS to use. With this, Chromebook has become compatible with Linux apps besides web apps, Chrome apps, and Android apps. Thus Chromebook users can use Linux-based alternatives and make the transformation simple. Here in this article, we are helping you to choose the Best Linux Applications for Chromebooks. You shall better make use of it and have a smooth transformation.

The Best Linux Applications for the Chromebook are classified based on the purpose. Help yourself to find the best-suited app.

The best apps are classified as follows:

If you prefer MS office-like office suite experience, we have listed the few alternatives that are Linux based. Those Office Suite applications for Chromebook are equally as good as that of MS office.

Those who don’t want cloud storage can opt for LibreOffice. It comes with a complete package of

It does support various file formats that include MS Office, Star Office, to Apple Keynote.

You can install Libre Office from its official website by clicking the button below.

A very similar and perfect alternative for Microsoft Office is WPS Office. The package comes with basic features as listed below.

The SoftMaker Office is no different from the above mentioned MS Office alternatives. It does provide various functions, just like MS office. It does have the same UI, menu options, and you wouldn’t feel a transform here. SoftMaker office comes with

GNU Image Manipulation Program is the full form of GIMP. It features better Photoshop alternative functions that you can perform on a Linux-based Chromebook. The beginners would find it hard to understand its UI as it isn’t intuitive. For those looking for a professional image editor, then this would be their go-to option. It supports Vector graphics and formats like XCF, JPEG, WebP, BMP, PSD, etc.

The other Photo Editing Tool for Chromebook is Inkscape. As a graphic designer app, it comes with several features to do vector graphics. It helps you to create your logo, paintings from scratch. InkScape is an extensive hardware application, and the file is quite heavy, though. Drawing tools, Spiro curves, and text tools are other added features for this particular program.

If you want the ditto for MS paint, then Kolourpaint is all you need. It has added several additional features. It is the best Linux app for Chromebook, and its functionality doesn’t have any lag. The app features a Monochrome effect and free-form selection. You can even create and edit numerous images in one window.

It is a free and open-source painting program, just like MS paint. Krita doesn’t have any trials and subscriptions, so it is completely free. It does come with an intuitive user interface. So here, you can access all kinds of professional tools for free. It is mainly used for painting, texture enhancement, matte painting, animations, comics, and illustrations.

So for those who like to edit 3D graphics, Unity 3D would be the best go. It helps the developers to create 3D, 2D VR, and AR visualizations. And it supports simulations for games, transportation, movies, and anime. It is also free software for individuals. There is a separate version available for business needs.

It is one of the best Adobe pro premiere alternatives for Chromebook. It is a video editing software used to edit audios too. Due to hardware compliance, this application is hard to run. Though it will close, its automatic backup feature will save your works.

You can increase the efficiency with this flag. chrome://flags//crostini-gpu-support.

It is an open-source advanced and cross-platform software. Calibre enables its users to create, edit, organize and convert E-books in EUPB and AZW3 formats. You can use this app to sync with various E-books readers like Kindle etc. It has a unique user interface that will help the user get fast learning. It is indeed the best Linux application for Chromebook.

A PDF editor is one of the most important apps that we look for on a computer. Master PDF Editor is the best alternative to Adobe and works on Linux based Chromebook. You can create and edit PDF documents easily. Like Adobe, it lets you encrypt, sign, modify, split, and annotate PDF. So, it is one of the Best Linux Apps for Chromebook.

Related: How to Install Linux on Chromebook

Yet another best Linux app for Chromebook includes Visual Studio Code. It functions as the best code and syntax editor. Its main features include Autocomplete for programming languages. Mostly it supports all the major programming languages. Debugging, integrated terminal, GIT support, IntelliSense are added features. It provides constant updates to enhance performance and fixes bugs as well.

Sublime Text or Gedit is the best text editing app, especially for coding needs. Sublime comes with a pack of features that you would like to explore. It includes a mini-map of the entire structure of your programs. You can select multiple lines and edit accordingly. There is also an Autocomplete feature for the programming languages. However, Gedit is just a normal Code editor, whereas VS Code is quite heavier. So in case you are looking for lighter versions, Sublime Text will be your go-to option.

The name Chromebook itself says it all. The best web browser app for Chromebook is obviously Google Chrome. But for those who are looking for an alternative can get Firefox. So if you are using many Linux-based apps on Chromebook, then Firefox is your go-to option. You can download the Android app from Playstore, but the PC browser tab options will be quite different.

Internet Download Manager – IDM is the most popular extension downloader. Unfortunately, it is not working with Chromebook. So the best alternative Linux based app is J downloader. With this, you can paste any downloading link and submit it. Jdownloader will download the program that too at a consistent speed. The app is also very stable, and even the connection is interrupted, the download will resume.

Command to Install: At first, download .sh file. Then on the terminal editor, type

(filename should be the name in which the .sh file is saved)

Thunderbird is one of the renowned email clients for Linux. It is yet another best Linux Apps for Chromebooks with open-source nature. The email app for Chromebooks mainly secures your privacy. It comes in Normal and Advanced versions for individuals and professionals, respectively. It does offer other features like outlook, such as Calendars, reminders, etc.

This is yet another web-based best Linux apps for your Chromebook. It is for those who are looking for a desktop-based Email manager. Evolution does offer calendars, tools, memos, reminders, or in-app notations, just like Thunderbird. Moreover, it is compatible with Gmail and emails based on POP or IMAP.

It is a Linux based multimedia messaging platform for Chromebook. Like Evolution, Signal is also a desktop-oriented messaging app. It is an open-source app that also concerns your privacy. Signal will keep your calls and messages safe as it is end to end encrypted. Simultaneously, it does provide an ad-free user experience.

There are lots and lots of BitTorrent applications available on PlayStore. Transmission is one of the best torrents. Linux does have a separate folder. It is easy to download apps for the Linux folder then transferring them. You cannot download torrents directly. Hence you need to download a torrent file to the client. You can copy and paste the link to complete the downloading.

Apart from Transmission, qBittorrent is yet another BitTorrent app for Chromebook. This particular torrent is one of the most famous torrent apps for Linux. You can even adjust the download and upload speed from settings. It offers various other basic torrent functions. It does provide information about Leechers and Seeders in numbers. And that’s how it is one of the Best Linux Apps for Chromebook.

The most popular FTP client is Filezilla. Earlier downloading FTP client in Linux is a tedious process where you need to connect to a local server and then download the file then copy it to the Linux folder. But with the help of Filezilla, this process is made very simple. It is an open-source, cross-platform app. You can easily move your local files to web servers with this GUI. It also offers a premium service. The users who access Amazon S3, Dropbox, and Onedrive can opt for the Premium version. To edit HTML and web files natively, you would require VS code.

So these are few Best Linux Apps for Chromebooks that we found. Do let us know in the comment section about your experience in using these apps. And if we have missed out on any related info, do give us suggestions.