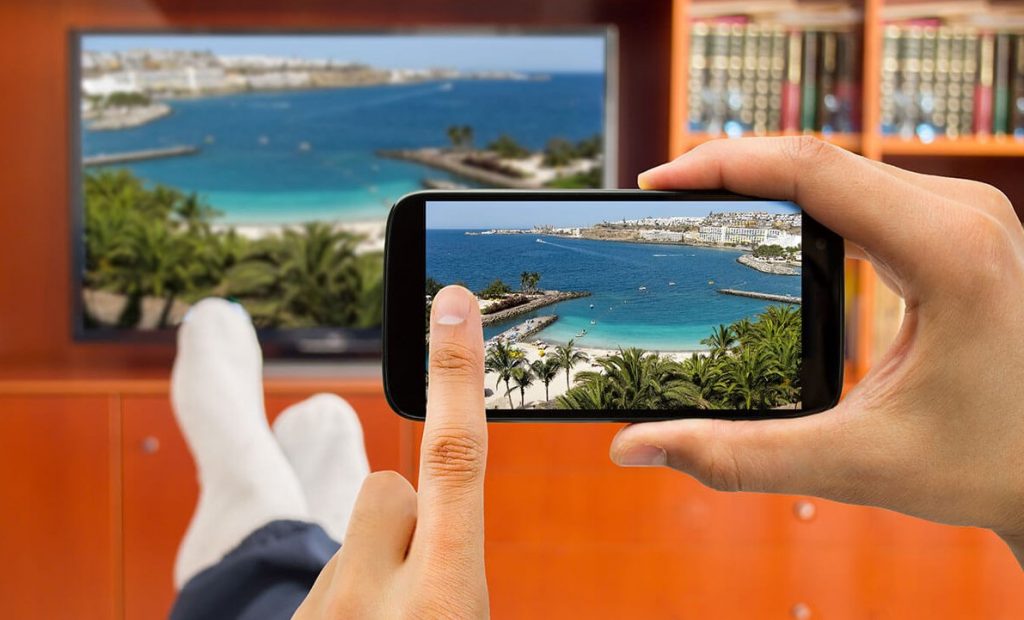 Nowadays, People are relying on Smart TVs to watch media content over the internet. Apart from streaming media content through the internet, Smart TV also lets you mirror your Android devices. To cast from Android to TV, you need to download a casting app on your device. On Google Play Store, you can find numerous apps for casting. Hence, it will be difficult for a new user to find the best one. So, we have compiled a list of the top and best casting apps that you can download for Smart TV.

If your Smart TV has built-in Chromecast or Miracast support, you can cast media contents by simply

Note: These best casting apps are supported on all Smart TVs like Samsung, Vizio, Sony, Toshiba, LG, and much more.

AllCast is the best mirror casting app that you can download on your Android devices. From Smart TV to Firestick, you can use AllCast to cast all kinds of media contents from your Android device. All you have to do is download the AllCast app from the PlayStore and connect your Smart TV & Android to the same network. Launch the app, select your Smart TV, and then start sending your media content.

Once you have downloaded the app, you can use the free version only for five minutes. Hence, you need to unlock the premium version to use the app afterward.

The application is completely free to download and use on Android devices. However, you can unlock the premium version for ad-free and premium features.

Without any doubt, Cast to TV is free and one of the best casting apps to cast media content on Smart TV. It is one of the highly-rated applications available on the Google Play Store. Download it on your Android device and cast local pictures, audio, and videos to smart TV with ease. It supports different casting media to different streaming platforms like Fire TV, Apple TV, Roku, Chromecast, Xbox, and DLNA devices. The app provides access to the local storage of the connected device for instant streaming.

Apart from casting local videos, Cast to TV also supports online videos. Upon launching, the app will search and display all the media contents on your screen. You just need to select the media and your Smart TV to start the casting.

The next one on our list is iMediaShare. Get this app to cast images, videos, and audio instantly to any internet-connected TV. By default, iMediaShare identifies the nearby devices connected to the same network and displays them immediately on your device. It also presents intuitive controls to function as a remote. It means you can use the app to increase/decrease volume, playback, and switch between videos.

One of the advantages of having iMediaShare it presents options to cast your Facebook videos. Just click the Facebook icon on its home screen and configure your FB account details to watch your videos on bigger screens.

Perhaps, BubbleUPnP is also one of the best casting apps to cast media contents virtually to any wireless device, including Smart TV. One of the major highlights of BubbleUPnP is that you can use this app to cast media files that you’ve stored on cloud storage like Google Drive, OneDrive, Google Photos, and Dropbox. You can even cast audio content from services like TIDAL and Qobuz.

BubbleUPnP is available in two versions: Free and paid. The paid version needs a one-time payment of $4.69 and it lets you access premium features.

AllCast is the best mirror casting app that you can download on your Android devices. From Smart TV to Firestick, you can use AllCast to cast all kinds of media contents from your Android device. All you have to do is download the AllCast app from the PlayStore and connect your Smart TV & Android to the same network. Launch the app, select your Smart TV, and then start streaming your media content. It can also play the content from the SD card.

Once you have downloaded the app, you can use the free version only for five minutes. Hence, you need to unlock the premium version to use the app afterward.

Web Video Cast app lets you stream the locally saved videos as well as the streaming apps on the TV instantly. It can connect with all kinds of Smart TVs with Chromecast support along with Firestick, Roku, DLNA Receivers, and PlayStation devices. The app can cast photos, music and video files, and web browsers. In addition to this, it can also share the IPTV apps with M3U8, W3U, and RSS playlists. The app can stream MP4 Videos and it does not transcode or decode the media files.

If you’re an owner of Chromecast, you must have heard about Google Home. The popular app lets you cast all kinds of media content from Android devices to Chromecast-connected TV with ease. However, its feature is not limited there. By connecting your Smart TV and Android device to the same WiFi network, Google Home will help you to mirror your Android device on the Smart TV screen. Thereby, you can watch all types of locally stored media files and online content. It can also provide access to connected smart devices.

Cast to TV/ Chromecast? Roku TV is an excellent casting app from Castify. It can cast the Smartphone app or mirror the smartphone screen to Chromecast, Xbox One, Smart TVs, DLNA Receivers, Roku, Firestick, and more. The app can share media files, such as Videos, Music, and Photos. It can also cast the IPTV app that supports M3U Playlists. The app supports all kinds of video formats and it is completely free to install and use.

These are the best apps that we suggest to download on your smart TV. Try these apps on your device and share your feedback below. You can also suggest the app that deserves to be on this list.