Best VPN for Apple TV to get Enhanced Privacy & Security 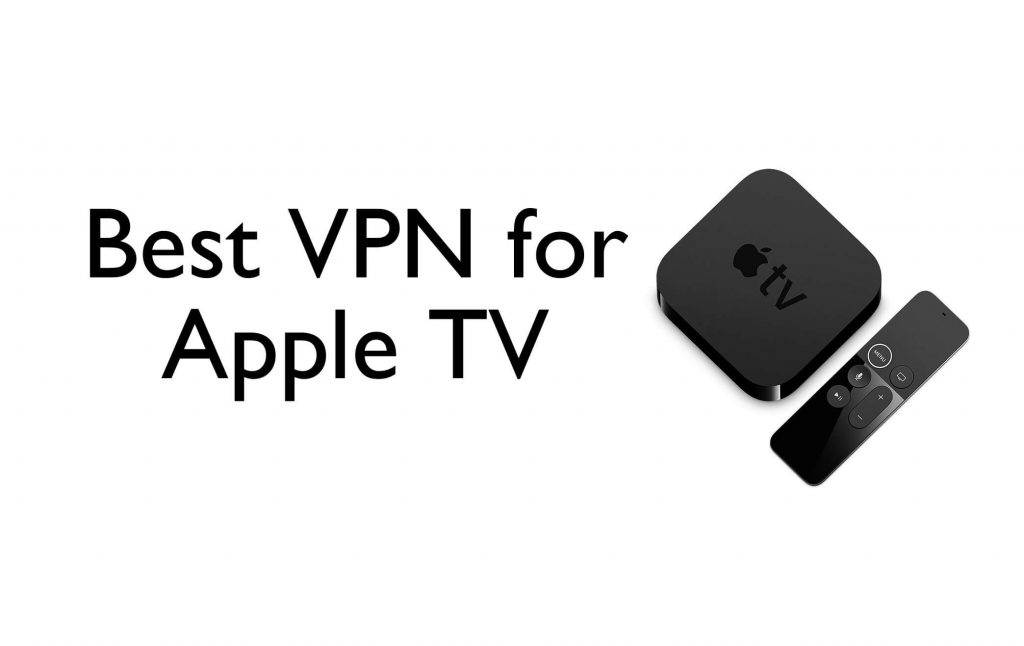 Apple TV is a media player with which you can stream movies, TV shows, listen to music, play games, and use other apps from the internet. As Apple TV is an HDMI-compliant source, you can take it anywhere in the world and connect to any TV available. But iTunes contents are different from country to country, So you might not be able to access your favorite content when you travel often. In that case, a VPN will be helpful to stream any content. A VPN unblocks the geo-restrictions, and you can access content from anywhere in the world. And it also keeps all your works online safe and secure. You may find many VPNs available for Apple TV. So in this article, let’s discuss the best VPN for Apple TV.

The 10 best VPNs for Apple TV are as follows.

NordVPN will be the first choice to unblock geo-restrictions on Apple TV. It has over 5500 servers in 59 countries. With this VPN, you can access major streaming platforms like Netflix, Hulu, BBC iPlayer, and more. In NordVPN, you can protect up to 6 devices at a time. And this VPN can be installed manually on routers.

NordVPN on Apple TV encrypts your internet traffic with two servers, so you need not worry about your privacy. And customer support is available 24/7, and it costs $3.71 per month for 2 years. NordVPN apps are available in Windows, Mac, Linux, iOS, and Android.

ExpressVPN is the best VPN for Apple TV and the fastest VPN for Apple TV. It has both a VPN and a Smart DNS service. It offers a lot of security features. And this service offers 3000+ servers in 94 countries. The VPN can be installed on your WIFI router. And all the servers available in Express VPN support P2P torrenting.

Surfshark is the high-speed VPN service for Apple TV. You can connect unlimited devices to protect. There are more than 3200 servers in 60+ countries. And Surfshark offers security features like a kill switch, DNS leak protection, 256-bit encryption, and no logs policy.

Surfshark unblocks streaming sites like Netflix, iPlayer, YouTube, Amazon, and Hulu. And it costs $12.95 per month with 30 days money-back guarantee. Here 24/7 live chat and web guide are available for the customers.

VyperVPN offers the latest VPN technology in a simple and approachable package along with excellent global converge. You can have up to 5 simultaneous connections, and the VyperVPN server is available in 64 countries. It has an app for a WIFI router, and that app needs Tomato firmware on it. It unblocks the most popular sites. VyperVPN app is available on Windows, macOS, iOS, Android, and Android TV.

IPVanish VPN works well with Apple TV. The VPN offers 10 simultaneous connections. And it allows you to use its servers and others to maximize bandwidth capabilities. With this VPN service, you can unblock ESPN, HBO, MLB TV, NBC Sports, and more.

It offers all the standard features like reliability, usability, media streaming, and productivity suite bundling. IPVanish uses military-grade encryption to protect your device and allows torrenting using uTorrent. The service is based in the US, with over 1300 servers in 50+ countries. It costs $10.00 per month and $77.99 per annum.

PrivateVPN is a low-cost yet best Apple TV VPN with 7000 unique IP addresses. It unblocks 32 different US Netflix libraries, BBC iPlayer, Hulu, Disney+, and more. You can have 6 devices connected at the same time. It has over 150+ servers in 62 countries.

PrivateVPN is accessible only in the US. And it uses AES-256 encryption and a range of VPN protocols. The service is a good option to purchase a VPN on a budget.

CyberGhost is an excellent VPN service for Apple TV with a strong stance on privacy. It unblocks Netflix, BBC iPlayer, Sky Go, Comedy Central, Eurosport, ESPN, and more. It has 6,800 servers in 90 countries to protect your device. And you can set up CyberGhost very easily.

You can connect this VPN on up to 7 devices simultaneously. And it costs $12.99 per month with 45 days money-back guarantee. And you have 24/7 live customer support.

HMA claims to be an excellent VPN for bypassing geo locks, including Netflix. It has 1100 servers in 210 countries. And there are some toughest security features available in this VPN service. HMP VPN app is available on Windows, macOS, iOS, Linux, and Android.

It costs $59.88 per year with 30 days money-back guarantee. HMA operates a no-logs policy. Here you get the VPN router method. And it unblocks Amazon Prime Video, BBC iPlayer, Hulu, and more.

Windscribe is the best option to unblock Netflix content because it unblocks a maximum of 42 Netflix libraries. It is available as a desktop application and browser extension that protects your online privacy, unblock websites, and removes ads from your everyday browsing.

Winscribe offers protocol choices, unlimited bandwidth, multiple concurrent connections, and unlimited server switches. It is available for free and in the paid versions. It is easy to use in iOS and macOS.

Hide.Me VPN is the best VPN for speed, security, and transparency. It has over 1700 servers in 75+ countries. They offer AES 256 encryption and a kill switch for maximum security. It allows up to 10 simultaneous connections. Hide.Me unblocks Netflix, Disney+, Amazon Prime Video, Hulu, PlayStation Vue, HBO Now, BBC iPlayer, ITV, RAI, and DAZN.