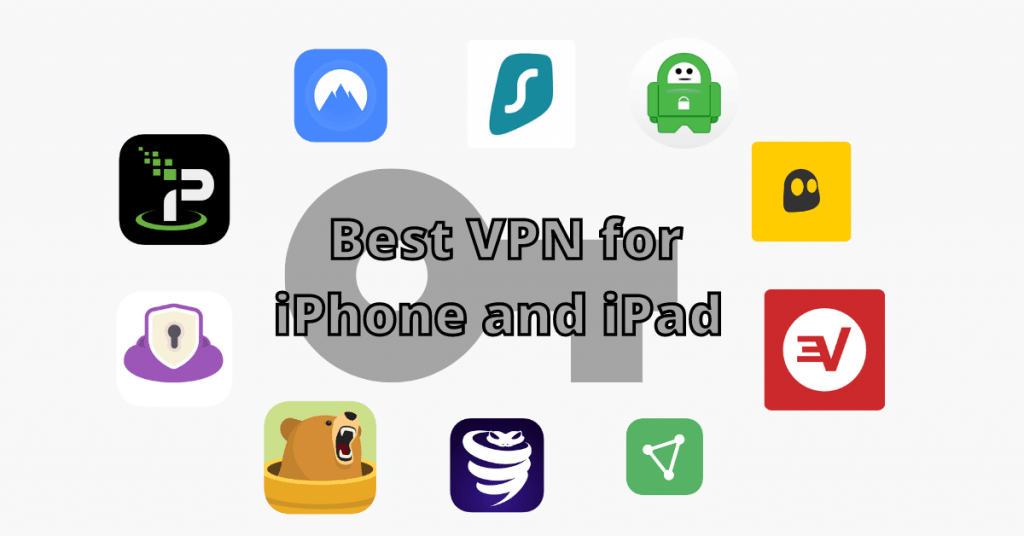 VPN stands for Virtual Private Network that makes all your online activity private and untraceable. It acts as a shield while surfing over the internet and protecting your IP address from being tracked and monitored. Also, it helps to tunnel into any location or country and access the location-specific data. VPN provides you complete anonymity and safety while connected to the internet without any compromise in speed. VPN apps are available for all devices and platforms. Although iPhone and iPad offer built-in security, there are still chances for your private data to be tracked. To overcome this limitation and access the internet to the fullest, let’s see some of the best VPN for iPhone and iPad available on the App Store.

10 Best VPN for iPhone and iPad

Without any doubt, ExpressVPN is the best VPN that you can find for the iPhone, iPad, and other platforms. You find ExpressVPN for all kinds of platforms that you can name. It provides servers across 94+ countries, including city-level server choices. With this amount of server, you can unblock geo-blocked in every part of the world. Apart from that, it is best for both downloading and streaming purposes. Most importantly, Express VPN is accessible on multiple devices like Android, PC, iOS, etc., with a single account.

Nord VPN is one of the best VPN services globally, with 5,000+ high-speed servers across 59+ countries. It has speed fast enough to stream or download in HD and 4K quality. The VPN has some unique features like Siri support (for hands-free activation), Adblocker, malware detection, and 256-bit encryption that comes in-built with the Nord VPN application. If you are in need of the best VPN, Nord VPN should be your priority.

IPVanish is one of the most popularly used VPN services because of its military-grade encryption. Also, it offers top-notch security and privacy over the internet. IPVanish is most commonly used for streaming content over IPTV service as it avoids buffering or freezing issues. IPVanish operates on its own server in 75+ countries. It does not rely on or rent any other server, so you always have a fast, secured, and lag-free connection. Finally, IPVanish is often used by Kodi users as an add-on while streaming.

As the name says, CyberGhost makes you ghost over the internet by providing complete anonymity while surfing, streaming, or any kind of activity over the internet. It also provides 256-bit AES encryption, protection over DNS leaks, etc., on both home and public WiFi. It unblocks geo-blocked content from any part of the world with 5500+ servers across 90 countries. Also, it allows you to connect up to 7 users simultaneously.

Related: Own a VPN? Get to know the Best VPN for Mac

Surfshark is a simple yet powerful VPN service that operates with servers from 60+ countries around the world. It supports multiple platforms and unblocks content over the different streaming platforms. Surfshark has standard features that most VPN applications possess, like 256-bit encryption, automatic kill switch, and protection from DNS, ads, trackers, malware, and any phishing attempts. Also, the Surfshark is designed to minimize the usage of batteries on all available devices.

Proton VPN is one of the most popularly used open-source VPN services. It is entirely free for all users. If you want to use most of the server and for a premium or top-notch security, you can go with the Proton VPN’s in-app purchase. It uses the IKEv2 protocol for your internet and data protection. Even the free version has no limitation of upload and download data. It prevents ads, clear history, and does not sell data to any third party. So Proton VPN can be trusted completely for your security and privacy.

Pricing: Starting from €0 (free lifetime with some restrictions) to €288 (1-year with no limitation and several other features).

Private Internet Access is one of the largest VPN network provider that operates over 15000+ server across 74 countries. It also posses some of the features that a basic VPN has, like 256-bit encryption, ads & malware blocker, and a strictly no-logs policy. It unblocks geo-block content on several streaming platforms like Hulu, Netflix, HBO Max, etc. Also, Private Network Access provides excellent customer support for all our problems.

VyprVPN one of the most secure VPN for iPad and iOS devices that owns 700+ servers over 65 locations, so there are no worries about speed and reliability. It is known for its military-grade encryption on all kinds of networks like home and public. It has some features like 256-bit encryption, DNS protection, Geo-blocker, and many more. Apart from that, it has a Chameleon feature that can bypass any digital censorship.

TunnelBear, as the name says it can tunnel into any network around the world and give access to it. It comes with some unique features like 3D touch, one-tap connects, and auto-connect. Also, it has all the standard features that a VPN possesses. It operates on a larger scale of 4,000+ servers across 20+ countries. The only disadvantage is that it is not good at unblocking geo-blocked content on various platforms, especially Netflix.

Related: Check out the Best Free VPNs for Android

PrivateVPN is the last best VPN for iPhone and iPad in our list. It has a minimal number of servers when compared to other networks. You get access to about 160+ servers in 60 locations. It offers features like 256-bit encryption, DNS leak protection, OpenVPN, and IPv6 protection. PrivateVPN’s stealth mode has the ability to bypass any blocks and deep packet inspection. Also, it is good to unblock geo-blocked content on all locations.

These are some of the best VPN available for iPhone and iPad we found. All the mentioned VPN’s are listed in no particular order. You can choose whatever that fits your need. If you have any doubts, make use of the comments section below. Explore the site for more exciting tech updates and articles.