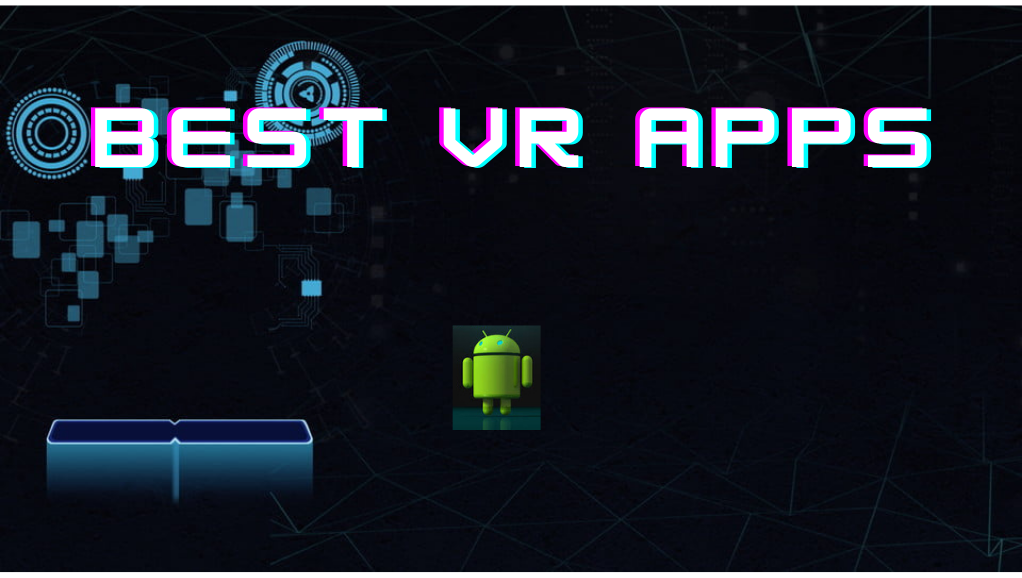 With the Cardboard app by Google, you can enjoy numerous virtual reality experiences from your Android mobile. In this app, you can even find various demos like tour guide absolutely for free. But, the most noteworthy feature of this app is that it gives VR like feel while flying over the earth. And it takes you through the closing and versatile look of different museums. So, the app is worth trying on your Android device.

The Oculus app by Facebook Technologies lets you download and install so many popular VR games from the Oculus Store. You can even remotely get VR apps on Oculus Rift and Rift S. The app facilitates the online reservation of virtual seats for live concerts, sports, and events. You’ll also get notifications regarding upcoming releases, deals, and events. Explore 1000+ VR games by installing this app on your Android mobile.

Within VR app was developed by Within Unlimited, Inc. In this app, you can experience the best cinematic virtual reality. It offers so much popular 3D content with binaural sound effects. This app gives you access to so many award-winning VR documentaries, music videos, animation, and horror movies for free without the interruption of annoying ads. To experience the best VR effects in this app, try to download the video you want to view before playing it.

Fulldive Co Entertainment developed the Fulldive VR app. This app smoothly works with Fulldive Browser, by which you can earn money and popular cryptocurrencies like Bitcoin and Ethereum. You can search over 500 popular VR games and 1 million videos with 3D effects and watch 360-degree mesmerizing images. You can get a gift card by just chatting, browsing, listening to music, and watching videos in virtual reality on this application.

ARLOOPA is one of the augmented and virtual reality apps presented by ARLOOPA Inc. This app comes along with an augmented reality camera. Using the camera, you can build your virtual earth with amazing digital effects and many science models. In addition, it lets you virtually play with wild animals like dragons, sharks, dinosaurs, and more. Get access to all the popular virtual content by simply installing this app on your Android mobile.

Daydream is a popular VR app for Android presented by Google. This app brings high-definition VR content to your mobile. You can get the best virtual reality experience and access ever-growing collections of popular VR apps and games. To use this app on your Android mobile, you need to have a Daydream-ready headset. Before installing this app on your Android device, please visit the official Daydream website to ensure Daydream Health and Safety.

Netflix is one of the dedicated VR applications for Daydream-supported Android devices. With this application on your Android mobile, you can watch all the popular Netflix’s original contents, films, and documentaries with VR experience. The app even includes a section, especially for kids-friendly programs. Install this amazing app on your Android mobile and log in using your Netflix account to watch all the content with advanced VR technology.

Gizmo VR LTD developed the Gizmo VR Video Player app. It is the ultimate app to play 360-degree virtual reality videos. These apps include an integrated browser, media library, automatic frame packing detection, cinematic mode, and integrated download manager. In addition, it supports all the popular video file formats like 2D, 360-degree, 180-degree. Enjoy all the versatile features of the Gizmo VR Video Player by installing it on your Android device.

Jurassic VR by Rabbit Mountain Adventure is one of the best VR apps for Android. More than 4+ million users have downloaded it. It is an ultimate application crafted with many 3D pro features. With this app, you can experience a VR jungle straight from your Android device. It gives your VR view of an amazing and adventurous Jurassic era landscape environment. In this fun and adventurous you can meet your favorite dinosaurs virtually.

VR Games Store app by AppTeeka VR Games contains so many original suites of VR games and demos. It is a perfect application for any Android device to install any VR games. Some of the VR genres included in this app are the adventure, thriller, simulator, fantasy, SciFi, shooting games, racing games, and horror games. Installing and playing any VR games in this app will give you the ultimate VR experience.

VR Player app was developed by Intruder Shanky Video Players & Editors. With this app, you can play any video on your Android mobile by using the VR box or cardboard. The app lets you watch all the movies in virtual reality in the cinematic experience. This app supports almost all video formats. And it comes with a built-in intuitive interface, screenshot support, dual audio support, 4K, and subtitle support. This app will give a perfect VR experience on your Android mobile.

VeeR Vr app by Velocious Technologies Inc. It brings you the latest film festival line-ups, award-winning movies, animation, Sci-Fi, and documentaries. You can download, bookmark, and preview any titles and watch later using a VR headset. The app is supported on mainstream VR headsets like HTC Vive, Oculus Go & Rift, Xiaomi, Steam, DPVR, and Pico. Ger an immersive VR experience by installing this app on your Android mobile.

VR Apps Zone by IRUSU Entertainment is one of the finest virtual reality apps repository. This app will serve as the best VR navigation platform on your Android device. It allows you to browse and watch many virtual reality contents, 3D videos, and 360 photos. The app’s sorting option allows you to sort any content based on price, name, rating, etc. Overall, this is one of the best launchers to get all the top VR apps on one platform.

VR Space Games by Interesting Apps & Games Simulation has become the best shooter game in the Space Games category. Its updated version comes with advanced virtual reality technology. This app would be worth trying for anyone who likes astronomy. With this app, you can see stunning views of VR space. Enjoy a full VR space experience and play Space Games with this app on your Android device.

Aliens Invasion Virtual Reality (VR) Game by Maysalward Arcade is one of the best VR apps for Android. To access this app on your Android device, you’ll need a Cardboard viewer. It is compatible with Google Cardboard. The app includes realistic 3D graphics that build the real atmosphere of New York, Pisa, and Paris. The player has to defend New York, Pisa, and Paris against aliens and their attack. Install this app and play its virtual reality games for a full-featured 3D experience with VR technology.

VR Traffic Racing In Car Drive is an app developed by Fionxy Games Racing. It is a popular VR gaming app, and it is compatible with all Android devices. This app comprises visually stunning realistic 3D graphics and VR effects. In this app, you can virtually drive across different countries. And you can control the direction of your car, show power sliding stunts, and brake at any time. You can find many online and offline games in this app.

CEEK is a fun and easy-to-use virtual reality application. It will work better on the CEEK VR headset. It will be the ultimate destination for all music lovers who wish to watch live concepts with VR. The CEEK app also features so many popular music stars’ interviews. Some of the popular content that you can watch on this app include U2 at the Rose Bowl, Katy Perry Live in Rio, 5 Seconds of Summer Documentary, Lady Gaga in Madison Square Garden, and Elton John in Madison Square Garden.

Most of the best VR apps for Android that we listed above are free to use. Get a virtual reality experience in an affordable way by using these apps on your Android mobile. If you have any queries to us, do let us know in the below comment section. And also, don’t forget to comment on your favorite app from the above list.

How to Cancel Kindle Unlimited Subscription