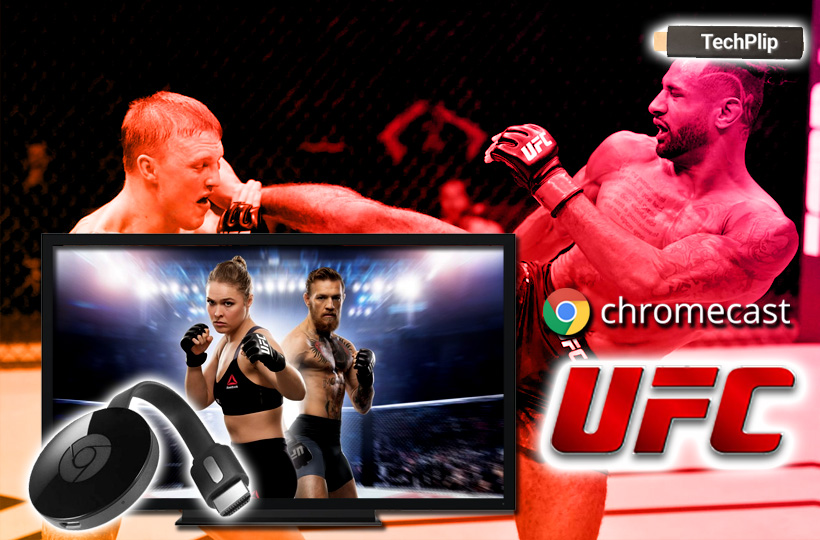 The Ultimate Fight Championship, also known as UFC, is one of America’s most celebrated Mixed Martial Arts (MMA) tournaments. You can easily stream the UFC matches by installing the official app on your device. With this app, you will get access to an excessive combat library. It is a premium service that requires a UFC Fight Pass subscription. UFC is a Chromecast-compatible app. With this cast support, you can directly cast the app on your TV and can stream the UFC content. There are two ways to Chromecast the UFC app. You can either cast the UFC app from your smartphone or cast the UFC website from your PC.

How to Chromecast UFC from Smartphone [Android & iOS]

1. Launch the UFC app on your mobile and use the UFC Fight Pass credentials to log in to your account.

2. Once signed in, play your desired UFC match on the app.

3. Hit the cast icon exhibited at the top.

4. Now, choose your Chromecast device to cast the video.

5. Finally, enjoy streaming the UFC video on your Chromecast-connected TV.

How to Watch UFC on Chromecast [PC]

1. Launch Google Chrome on your PC and go to the official UFC website.

2. Navigate to the Watch tab displayed at the top.

4. After logging in, hit the three-dotted icon exhibited in the top-right corner of the Chrome browser.

5. Scroll down and tap the option Cast.

7. Tap Sources and hit the option Cast tab to cast the UFC website.

7. Once the connection is established, play any video on the UFC website and stream it on your Chromecast-connected TV.

UFC is also compatible with other streaming devices listed below.

Yes. UFC is a cast-supported app. So, you can cast the app to any Chromecast built-in TV or Chromecast-connected TV.

No. To stream content on the UFC app, you must get a UFC Fight Pass subscription.

3. How do I get UFC on Chromecast with Google TV?

You can directly download the UFC app from the Play Store on Google TV.