Chromecast vs Chromecast Ultra – Which One to Buy [2022] 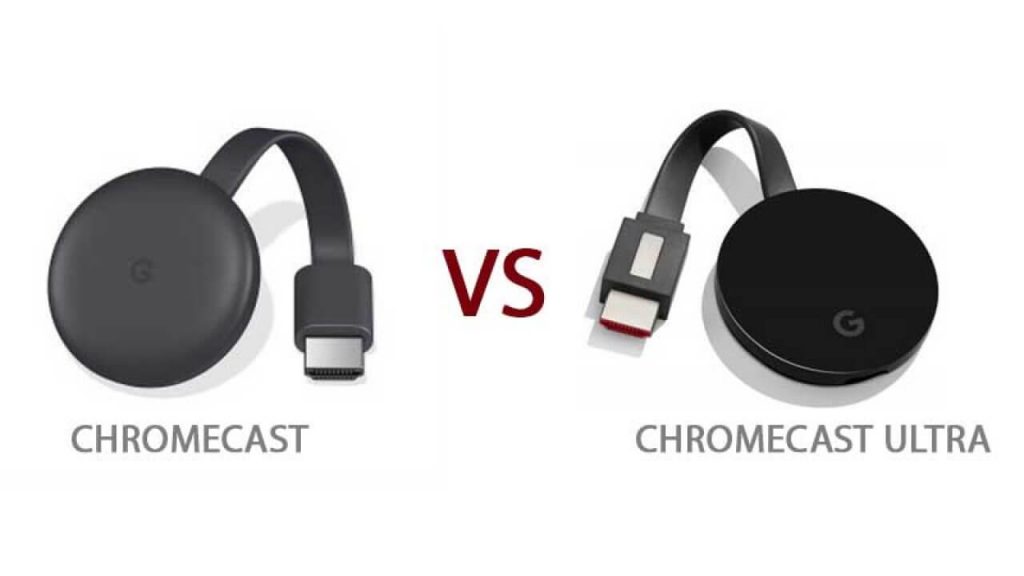 People always love to watch movies and TV shows on the big screen. Google had made this come true by developing Chromecast, a popular streaming device. It allows you to stream the media contents from smartphone, tablet, and computer to your TV’s screen. It costs less than a smart TV, so Chromecast can be the best option for those who want to cut the cord and cable bills. However, the initial version of Chromecast models doesn’t support 4K and HDR. Thus Google has come with another device called Chromecast Ultra, which supports 4K and HDR. However, it is a little expensive model than the original Chromecast. In this article, let’s discuss Chromecast vs Chromecast Ultra to find out which one is the best streaming device.

Chromecast is a round black disc with a black matte finish and weighs about 40g. It is 2.29 inches or 58mm. There is only a single MicroUSB port on the back of the disc that you will need to connect to either your TV’s USB port or the wall using the wall adapter so you can use the Chromecast on older TVs. Chromecast is available in 3 generation models. The second-generation model is available in bright red, blue, and yellow, while the third-generation model comes with dark charcoal and off-white chalk. Inside the Chromecast, you will find an upgraded 802.11 b/g/n/ac Wi-Fi antenna.

Chromecast Ultra is a glossy round black disc and weighs about 47g. And we can connect through HDMI, Micro, and Ethernet port. It doesn’t have a big change in terms of design-wise when compared to its immediate predecessor. Also, it looks more or less the same puck-like shape as Chromecast. Unlike the original Chromecast, the Ultra can’t be powered by a USB port on your TV. Chromecast Ultra is 2.29 inches. And it doesn’t have much difference in terms of appearance when compared to the Chromecast. The Ultra model still hides behind the TV, and you can use the USB connection to power it to operate. For this, you will have an extra cable that measures 2m.

Chromecast streams the contents in 1080p resolution. And it supports 802.11 b/g/n/ac at both 2.4GHz and 5GHz to set up and stream videos. It recommends 5.0 Mbps internet speed to stream the videos. Setting up Chromecast is very easy. Besides streaming, you can use Chromecast to view the pictures and videos that you have stored locally on your device. The one major drawback is it doesn’t support 4k or HDR videos.

In Chromecast Ultra, you get 4K Ultra HD streaming without any buffering. And it supports 2.4GHz and 5GHz WIFI connections. Ultra device comes with the 1×2 Multi-Input Single Output antenna for better speed and lower latency. The minimum recommended speed is 20 Mbps, and to stream Netflix, you need 25 Mbps. On Chromecast Ultra, you can stream content in 4K HDR quality as long as you have an HDR-compatible TV. Further, it offers 2160p UHD streaming.

On the whole, both are best in one or another way. We leave the choice of choosing one among both to you as different users have different streaming requirements and needs. Hope this article clearly shows the differences between Chromecast vs Chromecast Ultra. If you have any suggestions, you can tell us to improve in the comment section.