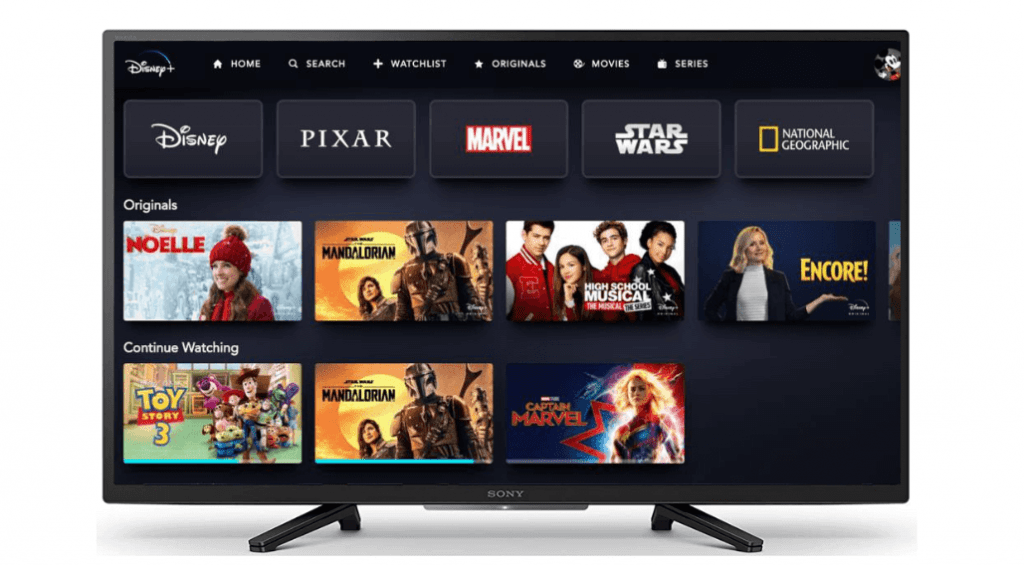 Disney Plus hosts all your favorite content exclusively from Disney, Marvel, Pixar, Star Wars, and more. It guarantees you a premium experience by giving access to hundreds of timeless classics to the latest hit movies. Also, it has an ever-growing collection of titles in 4K quality. The single subscription can be configured on ten devices and streamed on four screens simultaneously. Disney Plus is accessible from almost all the widely used devices and platforms. It includes Sony Smart TV, and the users can find a dedicated Disney Plus app on their TV.

Disney+ costs $6.99/month. Those looking for a yearly subscription can pay $69.99/year to stream Disney Plus throughout the year. Click here to sign up for Disney Plus.

FYI! Disney Plus may be available as a pre-installed app by updating your Sony Smart TV to the latest version.

How to Install Disney Plus on Sony Smart TV

Currently, Disney Plus is available as a native app for those Android-based Sony Smart TV models only. Just follow the procedure that you used to add apps on Sony Smart TV.

FYI: Disney+ works only on Sony TV models released after 2016 and later.

1. Power on your Sony smart TV and keep it connected to the internet connection.

2. Use your Sony remote controller to locate Google Play Store and select it.

3. Navigate to the search field and input the keyword as Disney+ or Disney Plus.

4. On the list of search results, choose Disney+ and proceed further.

5. When directed to the app information window, select Install to download it.

6. Allow Play Store to let it complete the download and installation process in some time.

7. Once done, click on the Open button to launch Disney+ app on your Sony smart TV.

If you have a non-Android Sony TV, you can still watch Disney+ with any of the following options.

These are the possible methods in which you can access Disney+ on Sony smart TV. Have got any questions or suggestions? Leave a comment below.