How to Install and Stream EPIX on Apple TV 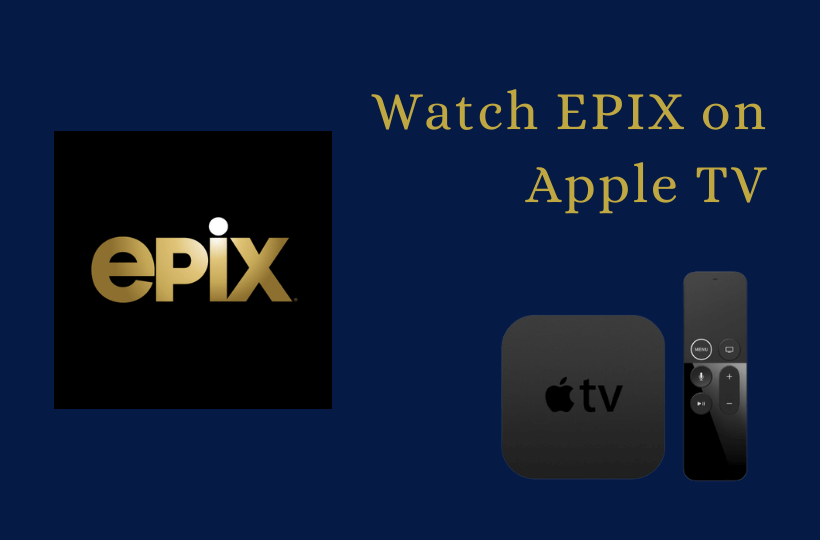 EPIX is an amazing channel in the USA which has content that includes TV series, movies, and various other things. It streams recently released movies and documentaries. In addition to this, it also has original TV shows and special shows. You can watch all your favorite movies and popular series on the EPIX app. You can stream the EPIX TV channel on Apple TV using EPIX Stream and EPIX NOW app. Both the apps are available in the App Store for free download.

How to Stream EPIX on Apple TV

[1] Connect Apple TV to the television or monitor and connect to the internet.

[2] Go to the Apple TV’s home screen by pressing the home button on the Apple remote.

[3] Select the App Store and open it from the home screen.

[4] Tap on the Search icon and type in Epix, following click Enter.

[5] Choose the EPIX Stream or EPIX NOW application from the suggestions.

[7] The application will be successfully downloaded on the Apple TV.

After it is downloaded successfully, you can sign in to your TV Provider in EPIX Stream to watch EPIX content.

How to Activate EPIX NOW App

After installation of the EPIX NOW app, you have to activate the app for streaming the content.

[1] Launch the Epix NOW application on your Apple TV.

[2] Then, note down the activation code and launch a browser on your PC or smartphone.

[3] You can visit the EPIX Activation Website [epixnow.com/activate ]and enter the Activation Code.

[5] Now, the EPIX contents will stream successfully on your Apple TV device.

Related: How to Install and Stream Paramount Plus on Apple TV

You can also stream EPIX on Apple TV through screen mirroring from the iPhone. AirPlay feature can mirror the iPhone screen to the Apple TV.

[1] Connect the iPhone and the Apple TV to the same Wi-Fi network.

[2] Download the EPIX Stream or EPIX NOW app on the iPhone from App Store.

[4] Move to the Control Center and tap the Screen Mirroring option.

[5] Choose the Apple TV device and connect it with the PIN.

[6] Select the EPIX content to stream on the Apple TV.

Epix also offers all the classic James Bond movies, classic Star Trek movies and Avengers movies, and many more. You can also watch the EPIX TV channel on streaming services with additional subscriptions and they are Sling TV, fuboTV, YouTube TV, Philo. If you have any suggestions for the above guide, please specify them in the comments below.