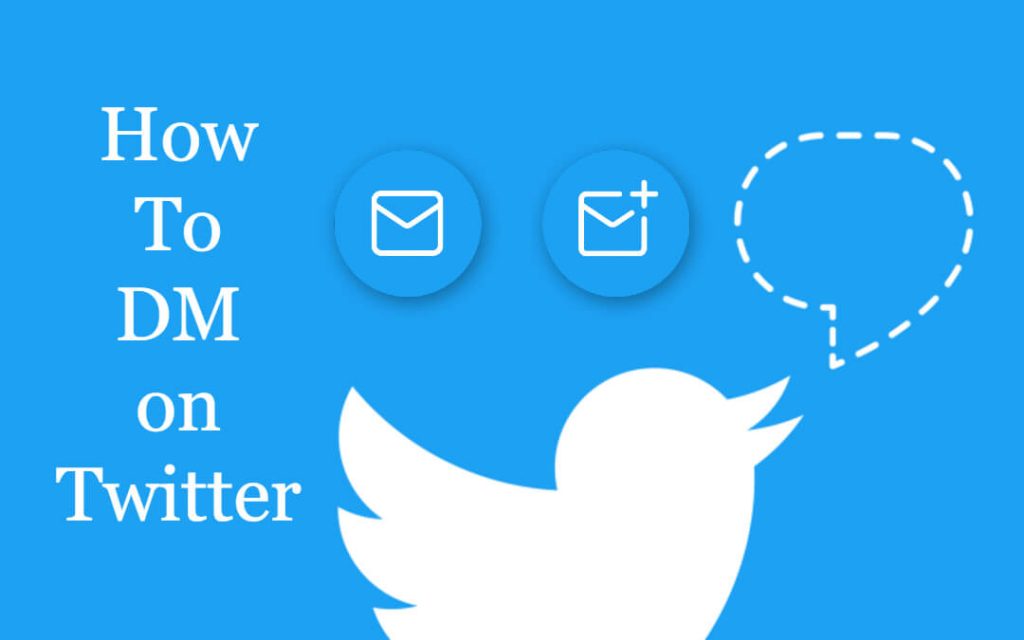 In Twitter, DM stands for Direct Message. It simply means messaging someone privately on Twitter. As the name suggests, DMs are personal messages that are sent to each other. On the other hand, Tweets are available for all the followers to read and re-tweet. To DM, you can use the Twitter app or the Twitter URL.

Step1: Firstly, tap the Letter icon, and this will direct you to the messages.

Step2: Now, you will get the list of accounts that you have messaged with before. Tap on an account to message. If you want to make a new message, click on the Message icon.

Step3: Next, search and add the usernames of the people or account to send a message.

Step4: After that, tap the Next button.

Step5: Type the message, add gif (from the gif icon) or photos.

Twitter is available for iOS users through the app. Let’s look into sending a direct message through Twitter on iOS devices. Sending DMs on Twitter from iOS is the same as Android.

Step1: Firstly, tap the Letter icon, and this will direct you to the messages.

Step2: Secondly, click on the Message icon to make a new message.

Step3: Next, add the usernames of the people to send a message.

Step4: Type the message, add gif (from the gif icon) or photos to send and then, click on the paper airplane icon.

Step2: From the left side, select the Messages option.

Step4: Next, add the usernames of the people to send a message and click on Next.

Step5: Type the message, add gif or photos to send and then, click on Send.

On Twitter, you won’t have any restriction for DM. You can send messages to anyone on Twitter provided that you have the correct Twitter ID, including the accounts that you are not following. Even you can DM to Twitter IDs that are blocked. However, the blocked user won’t receive any messages.

If you have issues with the DM or you can’t send direct messages on Twitter, or you are getting Sending Direct Message Failed error on Twitter, there may be some issue with your Twitter ID. As per the regulations by Twitter, you can’t send more than 1000 DMs on Twitter in a single day. If you exceed that 1000 DMs limit, you have to wait for the next day. If you are sending direct messages on Twitter to an account that is not following you, you have to verify your phone number.

Now, DM your friends and followers on Twitter easily. Connect with your friends through the Twitter app. If you have any issues with the direct messages on Twitter, let us know in the comments below.