How to Type French Accents on Windows, Mac, Android, and iOS 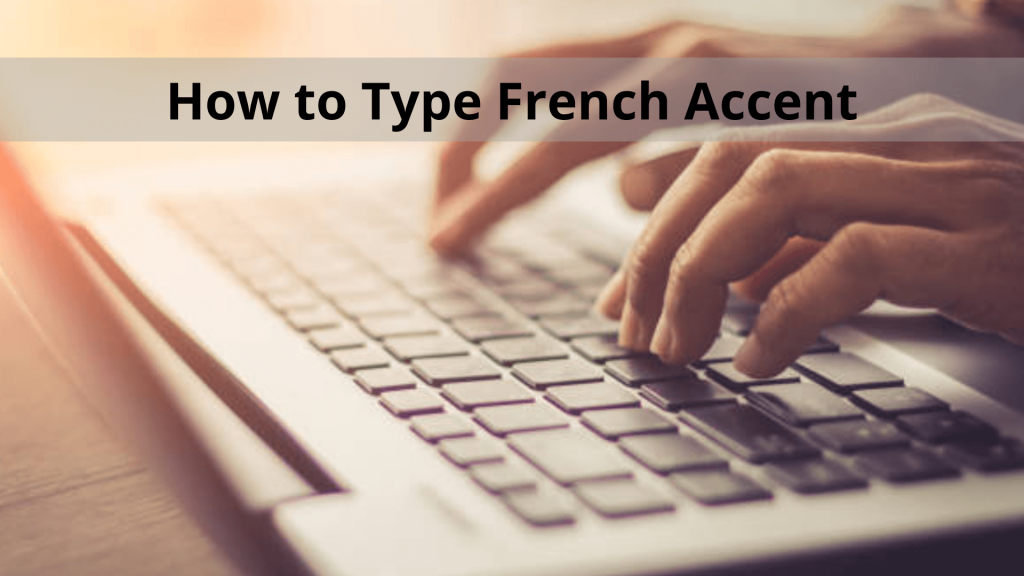 The Accent letter is used to indicate a particular pronunciation. The accent letters have Diacritical marks above or below. Each language has its own accent letters. If you are learning French or if you are a native french speaker, you might be familiar with French accents. The most commonly used French accents are Aigu, Grave, Circonflexe, Cédille, and Tréma. Each accent type is used in different cases. You can easily type French accents on Android, iOS, Windows, and Mac without installing any keyboard software.

How to Type French Accents on Windows PC

In Windows, you can enter the French accents in three different ways. They are listed below.

The Character Map is the easiest way to enter the French accent letters.

(1) Click on the Search icon on the taskbar and search for the Character Map.

(2) Open the Character Map on your Windows PC.

(3) Select your desired font and double-click the Accent letter you want to add.

(4) The accent letter will appear on the Characters to Copy box.

(5) Click the Copy to copy the letter to your clipboard.

(6) Place the cursor where you wish to enter the letter and paste it.

You can add the French accents in Microsoft Office Word, Excel, or Powerpoint using the Symbols option.

(1) Open the Microsoft Word, Excel, or Powerpoint on your PC.

(2) Click on the Insert tab at the menu bar.

(3) Next, select the Symbol option.

(4) Click on the option More Symbols to view all the symbols.

(6) Now, you will see different types of French accent letters.

(7) Select a French accent letter to add and tap the option Insert.

How to Type French Accents on Mac

You can add French accent letters on Mac using the shortcut keys or the Character Viewer.

(1) Place the cursor where you want to enter the letter

(2) Press the Control+Command+Spacebar keys simultaneously on your Mac to open the Character Viewer.

(4) Now, click the Latin option on the menu bar.

(5) Select an accent character to add and tap Done.

How to Type French Accents on Smartphone (Android and iOS)

(1) Place the cursor where you need to enter the accented letter.

(3) Touch and hold a letter. Now, you will see the accented letters of the particular alphabet. Drag and select the one you want to add to the document or message.

1. How do you type all French accents on PC?

You can use the Character Map or Character Viewer to enter French accent letters on Windows or Mac.

2. Can you type a letter with an accent over it?

Yes. By using shortcut keys, you can type an accented letter.

3. How to type French accents in Word?

How to Enable Dark Mode on Binance [Easy Guide]

How to Turn Off Your Garmin Watch [All Models]

How to Change Your Name on Microsoft Teams [2 Ways]