How to Unlock Mac with Apple Watch [Using Auto-Unlock] 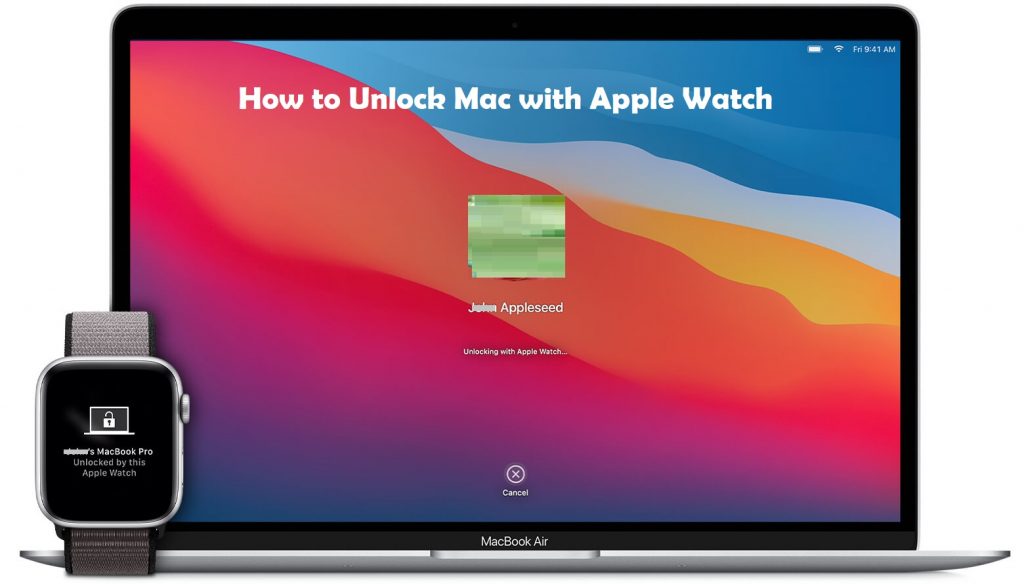 Apple Watch can be used for various functions besides keeping track of your health and fitness routine. One such exciting function is that you can use watchOS to unlock Mac. Besides, Apple Watch can also be used to approve other requests, including the administrator password. But to unlock Mac using watchOS, we need to do some preliminary setup. Now let us proceed on how to Unlock Mac with an Apple Watch in this article.

How to Unlock Mac with an Apple Watch?

The simplest approach to unlock macOS is by just bringing your watchOS closer to the Mac. With this, Mac can sense the nearby Apple Watch and automatically log in to your account. If needed, you can even move your watch closer to your Mac. With this, you don’t need to enter the password to unlock Mac. Unfortunately, this will not work directly. You require pairing up macOS and watchOS. Otherwise, you would see, “Your Mac was unable to communicate with your Apple Watch.” To get rid of this, you shall need to follow the procedure given below.

How to Pair Apple Watch with MacBook/Mac?

To unlock macOS using watchOS, you need to enable the auto-unlock option. Follow the steps given below.

Remember to unlock Mac with Apple Watch with the following system requirements.

To use Apple Watch Series 3 or later to unlock, Mac requires macOS High Sierra or later. To use Auto Unlock for Mac administrator password, you would require watchOS 6 or later, and Mac needs to be MacOS Catalina or later.

To make sure that your Mac supports Auto-Unlock, press and hold the Option key. Select Apple Menu >> System Information >> Wi-Fi on left pane. Then check whether there is Supported near Auto-Unlock.

Also see: How to Unlock your Apple Watch in Two Simple Ways

How to Set Up & Use Auto-Unlock?

With all the above-mentioned requirements as preliminary, you can proceed with the following steps to setup auto-unlock.

Step 1: Turn on Bluetooth and the Wi-Fi on your Mac and Apple Watch.

Step 2: Make sure both your Apple Watch and Mac are signed in with the same Apple ID. Check if your Apple ID is using two-factor authentication.

Step 3: Now, click on the Apple Menu on your Mac. And choose System Preferences.

Step 4: On the System Preferences window. Select the Security and Privacy tile.

Step 6: Now, enter your system password if prompted and click OK. Restart your Mac if the feature is not working.

Note: After turning on Auto unlock, you need to enter the Mac password for the very first when you turn on, restart or log out of Mac. From then on, you don’t necessarily require entering a password manually.

You can also use the watchOS to approve other administrator password requests. For instance, if you want to view passwords on the Safari browser, Mac will demand a system password. In those times, you can easily use your Apple Watch without wanting to remember the password.

This method comes in hand when approving the app installation request, unlocking a note, unlocking Settings in System Preferences. If you have to set up auto-unlock, then you don’t need to type the password.

But this will work if and only if Apple Watch is on your wrist, unlocked, and closer to your Mac.

Note: If there is any difficulty with unlocking or your Apple Watch is not unlocking, then try deselecting. Use your Apple Watch to unlock apps and your Mac” under Security & Privacy preferences. Then restart Mac and turn it on back.

That was all about unlocking Mac using watchOS. We hope it was a useful and informative session for you. In case of any queries or suggestions, leave a comment below.