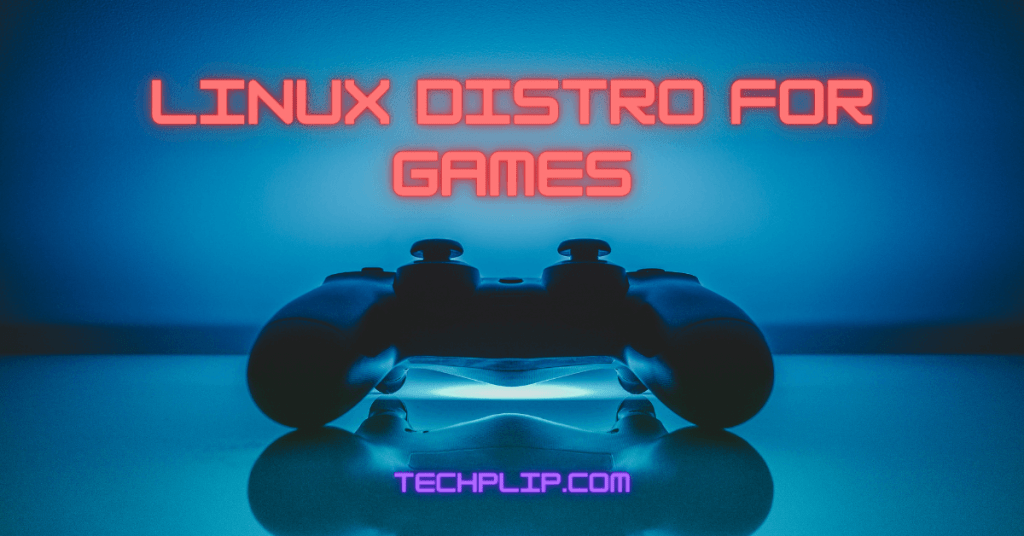 Linux Distro, where Distro means Distribution, is an operating system made with a collection of software based on Linux Kernel. Also, it comprises GNU tools, add-on software, documentation, a window system, GNU libraries, Windows manager, and a desktop environment. More than 500 Linux distro are available, and popular among them include Debian, Kali Linux, Ubuntu CentOS, Red hat Enterprise Linux, etc. When it comes to gaming, not all Linux is good at it. So we have put together some of the best Linux Distro for Games.

Steam OS is the most famous and best Linux Distro for games. It is a Debian based Linux distribution to run Steam Games. It is suitable for any gaming environment as it supports all of the gamepads, joysticks, and graphics. Steam has a custom graphics compositor and provides a seamless transition between Steam, games, and SteamOS system overlay.

Sparky Linux is another best Linux distro for users who prefers games. It has lots of features available on it. The most notable feature in Sparky Linux GameOver edition has a tool called APTus Gamer that enables you to install various joysticks, gamepads, consoles, emulators, and other gaming tools.

Play On Linux is an emulator like Linux that enables you to install and play Windows games on your Linux system. It allows only to play some selected games and is reportedly said to have some minor bugs you need not worry about. But if you are missing a Windows game on Linux, then Play On Linux is the excellent choice to access it.

Ubuntu GamePack has guaranteed to launch over 85,842 games available for Linux, Windows, DOS, and gaming consoles like Sega, Nintendo, PSP, PlayStation (PS), ZX Spectrum, and much more. It also comes with a pre-installed Steam client, PlayOnLinux, Lutris, and Wine. If you expect Linux with an extensive library of games, then Ubuntu Gamepack is your best choice.

Related: Check out the Best Games for Chromebook.

Lakka OS is another gaming Linux distro that is open source and user-friendly. It is a lightweight OS that can transform an ordinary small system into a fully compatible high-end system. Lakka acts as an emulator for a wide variety of systems and OS. Also, it has some useful features such as automatic joypad recognition, rewinding, netplay, Multiplayer, shaders, etc.

Manjaro Gaming Edition (also called as mGame) is popularly known for its gaming and the tools it offers. It comes with pre-installed emulators like Dolphin, DOSbox, FCEUX, Kega Fusion, PCSX, PCSX2, PPSSPP, RetroArch, Stella, VBA-M, Yabause, and ZSNES. It will adapt and optimize to all kinds of gaming environments and provides a better gaming experience. If you are a game streamer, then Manjaro is your better option.

Supposedly, if you love retro games and look forward to playing them, Batocera. Linux is what you should opt for. Some of them include Atari, Super Nintendo, SEGA, Dreamcast, some GameBoy Advance games, and many more games. Other than the retro games, it can’t handle any other larger and new-age games, which is the major drawback of Batocera.Linux.

Game Drift Linux is the best Linux distro for games. It is optimized to give a better gaming experience on Linux. It is easy to install and access many games on it. If you are a hardcore gamer, it provides a seamless gaming experience like never before on any Linux distribution. You can also play Windows games on Game Drift with the help of some Crossovers.

Fedora Game Spin is another popular gaming Linux distro. You will find games in several genres like First-person shooter, puzzle, adventure, real-time, etc. It has some popular games like Battle for Wesnoth, FreeCiv, Scorched 3D, SuperTuxKart, and Nethack. You need to do some additional work on Fedora Game Spin for an outstanding gaming experience.

Solus is a Linux distro designed for home computing, and it could offer a decent gaming experience. It is not the best option for hardcore gamers. Yet, Solus gives a better start for beginners and intermediates. It won’t optimize the game much like several other Linux distro can do. Despite being a small game, it can give a relatively better gaming experience.

These are some of the best Linux Distro for games. The apps listed are in no particular order, and you can choose what fits you the best. Do mention the Linux distro you have tried for your gaming in the comments section. For more tech articles and updates, explore the site.

How to Cancel Apple Arcade Subscription on iOS, Mac and Apple TV