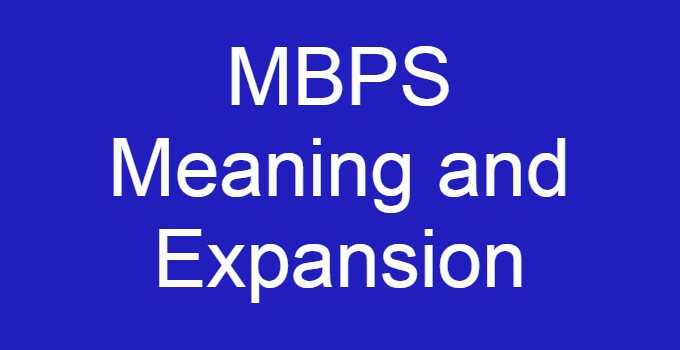 When you buy a WiFi router or dongle, you would have come across the term called the MBPS. It is the make or breaks feature in any WiFi router. Most of us know the meaning and expansion of MBPS. But do you know the term MBPS has two expansions? Well, read the rest of the article to find out all the two meanings for MBPS.

MBPS is one of the common terms used in technology. It is important to know the expansion and meaning of these common terms. Here, we explained the two different meanings and expansions for the term MBPS.

Meaning and Expansion: MBps vs Mbps

MBps is used when transferring files between devices. It is the standard term used in data transactions.

Mbps is used in WiFi routers and dongles to specify the internet speed. It shows the maximum download and upload speed when connected to the internet. For instance, a 30 Mbps WiFi router will deliver a maximum of 30 megabits per second. With more Mbps, your device receives the data faster.

Now, you know the different meanings and expansion of MBPS. Let’s look at an example for a better understanding.

Related: What Does EUC Mean

How Do MBps Work?

For instance, if you move or copy a video file named The Mandalorian to another folder or another removable device. When you start the file transferring, you will get a pop-up stating the transaction speed. In our case, it is showing 28.6 MBps

How Do Mbps Work?

Now, you know the different meanings for the term MBPS. Use the correct meaning in the correct situation. Like MBPS, if you don’t know the meaning of any term, mention that in the comment below.