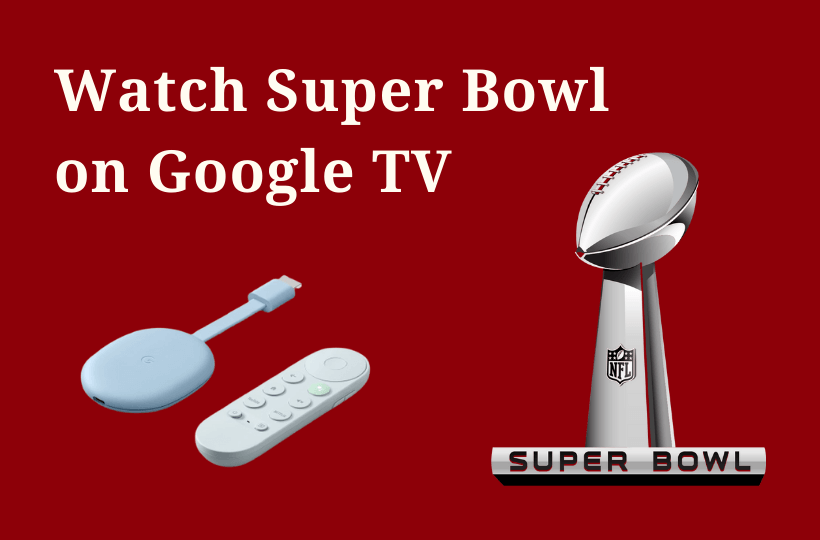 Are you eagerly waiting to watch Super Bowl 2022 Championship on your TV? Then you have come to the right place. Watch Super Bowl LVI 2022 on your Google TV, which will be held on 13th February 2022, at SoFi Stadium, Inglewood, California.

Here are the different methods to stream Super Bowl on your TV. You can

You can download and stream Super Bowl using the NFL app on your smart TV. Check on the below-mentioned steps

#2 Select the Search icon and search for the NFL app using a virtual keyboard.

#5 Once the app is installed, click Open to launch the app.

#7 You can stream Super Bowl on your Google TV.

You can stream Super Bowl League on your TV by casting NFL or NBC Sports websites using a chrome browser on windows PC. Follow the steps mentioned below to cast NBC Sports

#1 Make sure your PC and Google TV are connected to the same wi-fi network.

#3 Click on the three dots icon on the top right corner of the screen.

#4 Select the Cast option and tap on your device from the list of devices.

#5 Enter the pin code on your TV and PC if prompted.

#6 Now play Super Bowl and stream it on your TV.

Related: How to Chromecast Super Bowl to TV

You can watch Super Bowl on your TV by casting an NFL app or NBC Sports or Yahoo Sports app using your mobile device.

#2 Launch the NFL app from App Store or Play Store on your iOS or Android device.

#3 Play Super Bowl League on your phone and click on the Cast icon.

#5 Now you can stream Super Bowl on your Google TV.

( Follow the same steps to cast NBC sports or Yahoo sports app on your Google TV using your smartphone.)

All the app has a huge number of channels and TV shows. However, you will need to subscribe to plans and it may vary from one app to another. Choose the app according to your needs.

Stream the most awaited Championship League “Super Bowl” on your TV. Use any of the above-mentioned methods to stream your favorite Football game. If you had any doubts about streaming Super Bowl, kindly mention it in the comments section below.