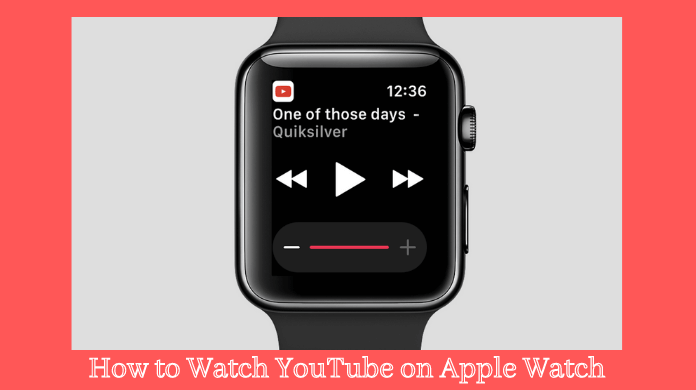 Apple Watch can be used for so many purposes. Initially, it was launched to track your health and fitness. But later, there are so many features included like receiving notifications, making calls, sending texts, facetime audio calls, games, etc. But, streaming is not one of the options on the Apple Watch. Also, there is no YouTube watch app developed yet. In this case, you would doubt how to watch YouTube on Apple Watch. Fortunately, if you own the Apple Watch series three, four, five, or later, it supports playing videos. There are two ways to stream YouTube videos on Apple Watch.

How to Watch YouTube Videos on Apple Watch [iMessage App]

There is no way possible to download the YouTube app on watchOS. The only way to watch the YouTube videos is by using iMessage. By sharing the embed the video file via iMessage, you can easily play the video on your Apple Watch. iMessage is an incredible tool for Apple users and can be used to share media files.

You need to follow the steps below using another iPhone. Don’t use the iPhone, paired with your Apple Watch.

2. Play any video and tap the Share icon displayed below the video.

3. Copy the link and open the iMessages app.

4. Now, select yourself from the Contacts list and paste the link. Then, send it.

5. The video will appear embedded in the text.

6. Now, you will receive the message notification on the iPhone as well as your Apple Watch.

7. Open the iMessage app on your Apple Watch.

8. Tap the thumbnail, and the video will start to play.

Note: Make sure to share the embedded video file and not just the video link. If you have shared only the link, you can’t play the video and you will receive a message stating, “Your browser does not currently recognize the video file“.

9. Tap on the screen to pause any video and tap it again to resume the playback.

10. Use the Digital Crown of the watchOS to adjust the volumes of the videos.

11. After watching the video, tap Done.

How to Stream YouTube Videos on Apple Watch [WatchTube App]

The WatchTube app is a YouTube client specially developed for Apple Watch users. With this app, you can stream all YouTube videos. In simple words, WatchTube is a replica of YouTube. You can easily add this app to Apple Watch from the App Store.

1. Press the Digital Crown and navigate to the home screen.

2. Select and launch the App Store on your Apple Watch.

3. Search for the WatchTube app and install it on your watchOS.

4. After installation, open the app and play your favorite video to stream it on your Apple Watch.

No. But, you can stream YouTube on watchOS by sending the video through iMessage or by using apps like WatchTube.

2. Can I listen to YouTube Music on Apple Watch Series 3?

Yes. Apple Watches Series 3 or above that runs on watchOS 6 or later supports the YouTube Music app. You can directly download the app from the App Store.

Yes. The YouTube Music app is available for watchOS. You can get the app from the App Store on Apple Watch.