How to Run Windows apps on Chromebook [4 Easy Methods] 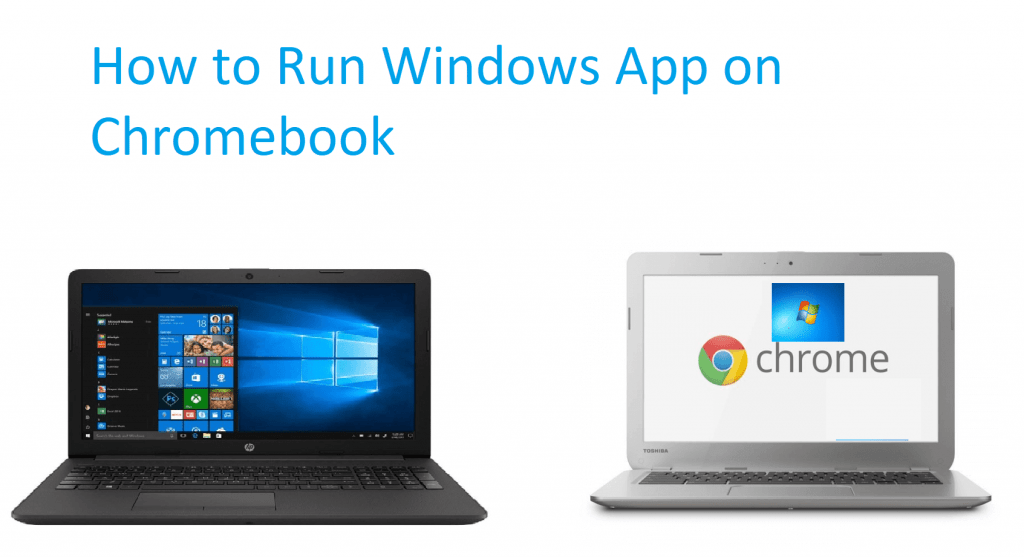 Google came up with Chromebooks that run with a Linux based Chrome OS that has cloud storage for better productivity. In Chromebook, you can use various Android applications. You can also install and use Linux based applications on your Chromebook with their beta feature. But running Windows-based applications is not yet explicit. Google is constantly working on bringing a full-fledged Windows experience on a Chromebook. Till then, you can run Windows apps on Chromebook in a few different ways and let us discuss them.

There are different ways in which you could run Windows apps on Chromebook. One such popular way is to use the CrossOver software for your Chrome OS. And there are few other alternative ways too.

What you actually need?

If you ask whether all the Chromebook can run Windows app is a big No. So here are the basic requirements.

These are the best methods with thich you can run Windows apps on a Chromebook.

Step 1: Open the Play Store on your Chromebook. Search for the CrossOver app and install it.

Step 2: Now launch the CrossOver app on your Chromebook.

Step 3: Then search for the app that you want to use. And you will find a list of versions available.

Step 4: Click on the Install button next to the application.

Step 5: Now you will be prompted to install the Installer Program from CodeWeavers.

Step 7: There you will find the importance of installing the extension. Click Add to Chrome to install the extension for present and future use.

Step 10: Click on Next and Install on the following pop-up windows.

Step 11: Now click on the Launch Application to open the installed app on your Chromebook.

Hereafter you can use the application just as you do on your Windows PC.

Wine is basically the most popular application. It allows you to access Windows applications on macOS and Linux. And as we all know Chromebook is based on Linux. We have two ways to run a Windows app on Chromebook using Wine.

Step 1: Enable developer mode first. Hold Esc and Refresh keys and tap the power button. You will get into recovery mode. Then press Ctrl+D. Then confirm in the pop-up window. Now your system will restart into developer mode.

Step 2: Then download and install Crouton on your Chromebook.

Step 3: Then download the Wine application on your Chromebook with crouton. With Wine, you can install and run various WIndows application.

Way 2: Use Wine for Android

Remember Wine may not work properly as it is still in Beta version. Few apps will work and few don’t.

As said earlier, Wine may or may not support few applications. So you would require another alternative called Virtual Machine.

Unfortunately, this software is too heavy to use. So you would require a heavy space and huge amount of RAM.

Chromebook is a comparatively lightweight device. So instead of going for app installation, we can use the Windows application from another desktop with remote access. Moreover, this would require less effort. There are two ways to do it:

In order to do this, you have to download the Chrome remote desktop application on your Chromebook. You can get the app from the Play store.

As said earlier with the help of this application you can get complete access to your local Windows PC. This will allow you to use the Windows application. Unfortunately, this would require a non-stop running of your Windows PC.

Citrix server is the best option for those who like to use their own server. You can use the applications hosted on the server. Or else, you can use the RDP client to access a Windows server that hosts a remote desktop. And also, there are various companies that offer windows servers to your Chromebook. Purchase any of those packages to do so. The setup process differs. Therefore choose your reliable server and follow the on-screen setup instruction.

You don’t have to download and install a Windows app. As a saviour you have almost all Windows app has Linux version except for few. So just download those and enjoy.

Most of the ways suggested above have their own advantages and disadvantages. And they stay good only for an extent. After all, nothing will work as a native Windows app. You can install Windows OS on your Chromebook. But that would require technical guidance. And also, it is such a deep process. Finally, you can use any of the above ways to run the Windows app on your Chromebook.

Got any other ways? Let us know in the comment section below.