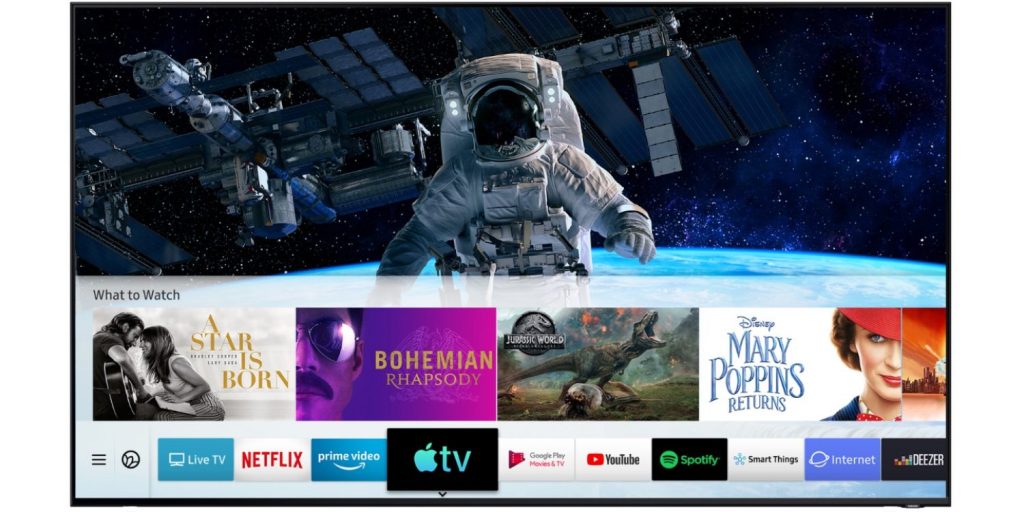 Nowadays, smart TVs are the primary entertainment device. You can install apps, games and stream them on a big screen. Generally, there are two types of smart TVs, One that operates in Google-made Android TV OS and the system-made TV OS. Samsung Smart TV falls under the second category. It runs on Tizen OS. So, to update Samsung Smart TV apps, you need to follow a unique procedure.

Updating apps on Samsung Smart TV is as important as updating apps on smartphones. Updating the app to its newer version will unlock new features, remove minor bugs and performance improvements. In the Samsung Smart TV, you will also have the option to turn on Auto Update to automatically update apps whenever a new update is available.

(1) Click on the Smart Hub button on your Samsung Smart TV remote.

(2) Go to the Featured section.

(3) Now, you will get all the list of apps that are installed on your Samsung Smart TV.

(4) The app that needs update will be indicated with an up arrow encircled with a blue circle.

(5) Go to the app that needs a new update and hold the Enter Key.

(7) Select the apps that you want to update. We recommend you select all the apps.

(8) After the selection, click the Update button on the right pane.

(9) The updating progress will appear on the respective app.

(10) Once the process, you can open the app and check for any new features.

Related: How to Add Apps on Samsung Smart TV

(1) Press the Home button on your Samsung Smart TV remote.

(3) Click on the Options icon on the top-right corner of the screen.

(4) Select the Auto Update feature and turn it on.

Update the apps on your Samsung Smart TV and get new features. Turn on the Auto-Update feature to automatically update the apps. When a new update is detected for any apps, update them without any delay. The new updates will improve the app’s performance and remove minor bugs.