How to Use Siri on Apple Watch [4 Different Ways] 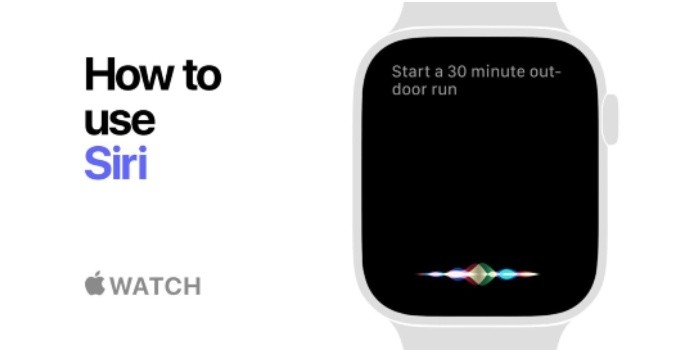 Apple devices are the most sophisticated smart devices with the utmost user comfort. With Siri, the intelligent personal assistant, Apple devices are the best in voice commands too. Siri is the first personal assistant introduced in the smartphone industry. Now, Siri is available on all Apple products. You can even use Siri on Apple Watch as well.

To use Siri on Apple Watch, you need to set up Siri on your iPhone for the first time. Once your voice commands are recorded, Siri will recognize your voice and will active the personal assistant whenever you need it. All you need to say is “Hey Siri”

How to Set Up Siri On Apple Watch?

(1) Make sure that your iPhone and Apple Watch are paired.

(2) On your iPhone, go to Settings and choose Siri & Search.

(3) Turn on the Hey Siri toggle and Press Side Button for Siri toggle.

(4) On your Watch, go to Settings and choose Siri.

Use Siri on Apple Watch

Now, you have enabled all the ways that you can use Siri on Apple Watch. In Apple Watch, you can activate Siri in three ways.

This will activate Siri whenever you raise your Watch. Raise your watch and hold it neat your mouth. Give a voice command to Siri, and it will be done.

In Apple Watch, you are having more number of options to activate Siri when comparing with an iPhone and iPad. You can add Siri’s complication to a watch face. By adding the complication, you can press the Siri icon from the watch face to activate it.

If you want, you can even set your Watch Face as Siri Watch Face. In the watch face, you will have the relevant content based on your work and location. It will show your upcoming events, reminders, favorites, and more.

Note: To activate Siri, you need to have an active internet connection.

When Siri is not activated or not responding to your voice commands, do the below mentioned troubleshooting tips.

These are tips and tricks to use Siri on Apple Watch. Though you have three methods to activate Siri, enable any one of the methods. When you enable all three methods, it will consume more battery. Follow our space to get more updates about Apple Watch and other Apple devices.