10 Best VPN for Chromebook in 2021 to Protect your Privacy 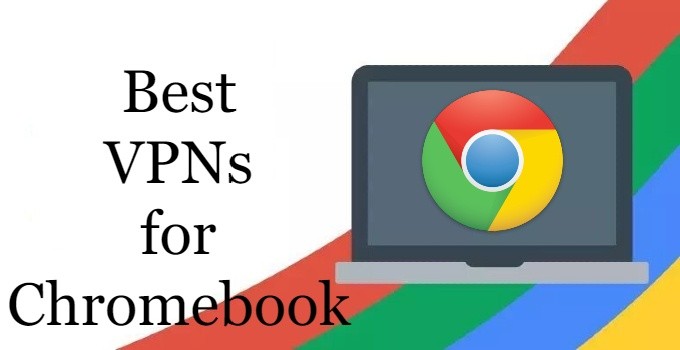 Chromebook is the most comfortable PC to use. It runs on the Chrome OS by Google. Since Chrome OS is similar to Android smartphone OS, you get Play Store, Play Music, and other Google apps as pre-installed apps. We use our PC for browsing, gaming, and research purposes. Like any other desktop or laptop, you must have a VPN on Chromebook. With VPNs, you can protect your private data from the data trackers and user monitoring plugins. Here, we listed the best VPN for Chromebook.

CyberGhost VPN has the main advantage over other VPNs. It is having the most number of servers than any VPN. i.e., 6486 servers in 90+ countries. With such huge numbers of servers, you will never get server overloading issues. The availability of servers in over 90+ countries allows you to connect to any part of the country.

If CyberGhost VPN has the most number of servers, NordVPN has the most advanced encryption protocols. It is the most used VPN in the world. The VPN offers more than 5000 servers in 59 countries. NordVPN is based in Panama, which is not under the 14-eye alliance.

The subscription starts at $11.99 per month. Like CyberGhost VPN, NordVPN also has an extension for browsers as well as the app. Based on your requirements, you can use the VPN. For all these features, it is one of the best VPNs for Chromebook.

ExpressVPN is one of the powerful and best VPN for Chromebooks. Its servers are available in the most number of countries, 94. It is based on the British Virgin Islands and is not a member of the 14-eye alliance. The VPN offers more than 3000 servers to connect.

The subscription starts at $12.95 per month with a money-back policy of 30 days. ExpressVPN is best for both gaming and browsing purposes. With ExpressVPN, you can unblock geo-restrictions on any streaming platforms like Netflix, HBO Max, and more. You can Cancel your NordVPN Subscription at any time.

PrivateVPN is one of the most trusted VPN providers and having one of the best encryption protocols. The VPN provides more than 1000 servers in 60+ countries. PrivateVPN is more recommended if you do lots of browsing and streaming on Chromebook.

The subscription starts at $8.10 per month with a 30-day money-back policy. It is one of the fewest VPNs to support Bitcoin payment. The VPN is based in Sweden, and it is not a member of 14-eye countries. Unlike NordVPN and CyberGhost VPN, PrivateVPN has no browser extension.

The subscription starts at $12.95 per month and goes all the way up to $59.76 for two years. The VPN also has a 30-day money-back policy. Surfshark VPN is most recommended for browsing purposes. The encryption protocol is not powerful enough to bypass geo-restrictions on streaming and gaming platforms.

If you are a US resident owing Chromebook, IPVanish is the best VPN for you. The VPN is based in the US, a founding member of the 14-eye alliance. Yet, it provides quality VPN services. The VPN has more than 1500 servers around the countries of the world.

The subscription starts at $11.99 per month as standard, but its special offer costs $5 per month for the first month. For cloud protection, the VPN is equipped with SugarSync encryption protocol. You can use this VPN for browsing purposes.

TunnelBear VPN comes under the category of free VPN. You can use this best VPN for Chromebook without any registration. In the free version, you will get 500MB of data per month. With that data, you can test the VPN. If satisfied, you can buy the subscription.

The subscription starts at $9.99 per month, which is the cheapest among the premium VPNs. With this, you will get 5 simultaneous connections and unlimited data. The VPN is based in Canada and is owned by McAfee.

ZenMate VPN is a popular Chrome browser extension. It is used by more than three million users worldwide. The VPN provides server connections in more than 74 countries and is the best VPN for Chromebook users who browse a lot.

The subscription starts at $10.99 per month and goes all the way up to $59 for three years. If needed, you can cancel the subscription within 30-days to get the money back. The VPN is based in Germany.

Windscribe VPN is a popular VPN among Windows users. The VPN has all the advanced features like Port Forwarding, Split Tunneling, Firewall protection, and more. The VPN has servers in more than 6 countries around the world.

There is a browser extension available with features like Auto-Pilot mode, Double Hop, Ad-Blocker, etc. The subscription starts at $9.00 per month. You can also use the VPN for free but with limited features. The VPN is recommended for all purposes.

VyprVPN is one of the strongest VPN for Chromebook. It has servers in more than 70 countries all over the world with 200,000 IP addresses. The subscription starts at $12.95 per month with a 30-day money-back policy.

The VPN is based in Switzerland. It is one of the oldest of all VPNs, launched in 2009. VyprVPN is available as an application and as an extension. Based on your workload, you can install the app or the extension. The VPN suits for both browsing and gaming purposes.

You shall choose any of these VPNs for your Chromebook and hide your IP address and unblock geo-restrictions. If you use your Chromebook mostly for browsing purposes, you can also install the VPN’s extension from the Chrome Web Store. Choose the VPN based on your needs and stay safe during browsing and gaming.