How to Screenshot on Surface Pro Laptop 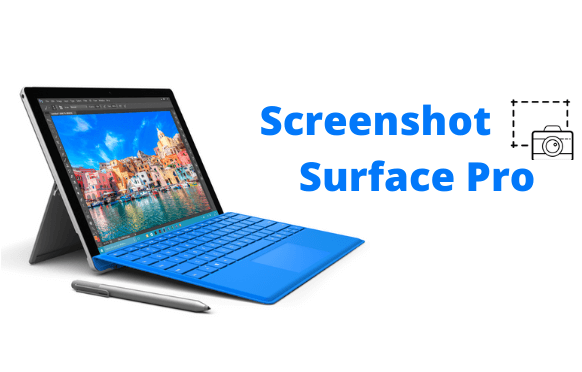 Surface Pro by Microsoft is not only versatile but is also ultra-light in nature. It is a laptop that aims to give its users a full laptop experience. With an Intel-Core processor, you can perform all your tasks with ease. It works great in terms of multi-tasking, battery life, speed, and more. Users can use Surface Pro with the help of a keyboard optionally. This tablet performs tasks just like Windows laptops in most cases. So, you can expect more Windows features on the Surface Pro, including screen capture. You want to capture your study material or business files, or anything in between from Surface Pro. With this guide, you will get to know how to screenshot on Surface Pro in detail.

How to Screenshot on Surface Pro?

There is more than one way exists to capture screenshots on Surface Pro. Get into this section to know them in brief.

Learn how to screenshot on Surface Pro without keyboard from here. The steps vary based on the Surface Pro model you use.

Taking screenshots is more similar to capturing the screen on the smartphone in the newer model Surface Pro devices.

1. Press and hold the Surface Pro’s Power button and Volume Up buttons together.

How to Screenshot on Surface Pro 3 and Older?

Those with older model Surface Pro device can also capture the screen. However, the technique varies slightly.

1. Press and hold the Windows logo button along with the Volume Down button simultaneously.

2. If you see a flash, then it implies the screen is captured.

If your Surface Pro comes with a Surface Pro Type Cover, you can screen capture it just like Windows PC using the PrtScn key. It will copy the screen into a clipboard by default, and you can paste it into any program of your choice. The steps given below will let you capture the Surface Pro screen using keyboard keys.

2. With this, the screen gets captured.

If you don’t have the PrtScn button, you can type the following on the keyboard to capture a screenshot.

Related: You may also learn to take a screenshot on an HP laptop.

There are two ways in which you can capture your Surface Pro screen with one-press of the button.

1. Pressing the PrtScn button will screenshot the whole screen of Surface Pro.

2. Paste it on the Paint app or any other program and Save it.

1. Hold the Alt key and tap the PrtScn key to capture the active window.

2. It gets saved on OneDrive, or you can save it on the Paint app.

If your Surface Pro supports Surface Pen, then capturing the screen is simple with the Screen Sketch function. The added advantage of this option is it lets you access tools like crop, draw, etc.

1. You should double-click the Eraser button available at the top of the Surface Pen.

2. Choose between the edit or crop option and then select Save As button.

Surface Pro has built-in tools that let you capture the screen. Take a look at the section below for more information.

1. On the taskbar, type as Snip and left-click to launch it.

2. Click on the Mode drop-down to select between Free-form, Rectangular, Window, and Fullscreen.

3. Select the New option on the Snipping Tool dialog box.

4. Now drag to select the space you want to capture.

5. Save the screenshot in GIF, PNG, or JPEG format in any location.

2. Screen dims and opens up a toolbar at the top.

3. Choose any of the modes like Rectangular Snip, Freeform Snip, Window Snip, and Fullscreen Snip.

4. The screen gets captured to the clipboard.

Tip! Snip & Sketch tool supports screen capture delay function. To use it, click on the Down arrow next to New and select Snip Now, Snip in 3 Seconds or Snip in 10 seconds.

Tip: Own a Lenovo laptop or computer? Learn to capture the Lenovo screen.

That was all the possible ways in which you can capture the screen on Surface Pro. Choose any of the techniques mentioned in this section as per your requirement. Expected this section has provided useful information to you. For any queries, you shall ask us through the comments below.