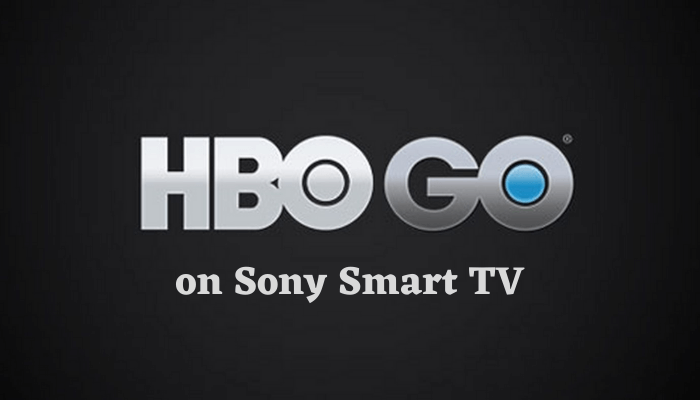 HBO Go is a subscription-based service launched in the year 2010. This service includes all the content from HBO and Warner Media. Unfortunately, this service was discontinued in the year 2020. Warner Media company rebranded HBO Now to HBO and replaced HBO Go with HBO Max. However, you can access the HBO GO app in some countries. The new HBO Max app is compatible with all types of Smart TVs, including Sony Smart TV. If you are using Sony Smart TV, you can directly download the HBO Max app from the Play Store of Sony TV. Install the HBO Max app on Sony Smart TV and enjoy watching all the HBO GO content on a larger screen.

Can You Get HBO Go on Sony Smart TV?

As said earlier, if you are searching for the HBO Go app, you probably wouldn’t get it. So it is better to find HBO Max and install the app on Sony Smart TV. The HBO Max app is available only in the USA now. To access HBO Max, you need to get a subscription. HBO Max offers two types of subscription plans. The price of the commercial plan is $9.99/month and $99.99/year. The cost of the commercial-free plan is $14.99/month or $149.99/year.

How to Stream HBO Go on Sony Android TV

Sony Android TVs have an in-built Play Store. So, you can easily download the HBO Max app on Sony Smart TV.

1: Power on the Sony TV and connect it to an internet connection.

2: Press the home button on the Sony TV remote.

3: Now, hover to the Apps section. Then select the Google Play Store to open it.

4: On the Play Store, go to the Search bar and type HBO Max using the on-screen keyboard. You can also use the Voice search feature to search for the HBO Max app.

5: Choose the app from the search suggestions.

How to Activate HBO Max on Sony Smart TV

1: Launch the HBO Max app on your Sony TV.

2: Tap the Sign in button. You will see an activation code on the TV screen.

3: Visit the HBO Max activation website from a browser on your PC.

4: Enter the activation code on the box and tap Next.

6. Once activated, play any movie on the HBO Max app and watch it on your Sony Smart TV.

If your Sony TV is a non-Android TV, you need to install apps in a way different from that of Android. Remember, not all apps can be installed on non-Android TVs. Only selected apps are supported based on the Sony TV model.

Few TV models that came after 2016 and later in the USA have the HBO Max app support. Some models even have got the app preinstalled.

1: Power on the Sony TV and check the internet connection.

2: Press the home button on the Sony TV-supplied remote.

4: Select the app and install the HBO Max app on the Sony Smart TV.

5: Launch the app and complete the activation process.

6: Sign in to the app using your TV Provider credentials and stream the HBO Content on the Smart TV.

If you cannot find the app in the Apps section of Sony TV or on the Play Store, use the casting method. Most of the Sony smart TVs have got in-built Chromecast support. If not, you can use the external Chromecast device to cast the contents on your TV.

With a Chromecast Ultra or later devices, you can easily cast the contents from your mobile phone or PC. The HBO Go app has been discontinued. However, you can stream the HBO Go content by casting the HBO Max app or website.

1. Make sure to connect your smartphone and your Chromecast device or Chromecast TV to the same Wi-Fi network.

2. Install and launch the HBO Max app on your Android or iOS device.

4. Tap the cast icon in the top-right corner.

1. Make sure to connect your computer and your Chromecast device or Chromecast built-in Sony TV to the same Wi-Fi network.

3. Right-click on the screen, then choose Cast.

4. Select your Chromecast device or Sony Smart TV from the list of available devices.

5. Select the Cast Tab in the Sources dropdown.

6. Now, the HBO Max website will appear on Sony TV. Log in to your HBO Max account and watch your favorite TV series on a big screen.

[3] How to cast the HBO Max app from your iPhone?

* Connect the casting device and Sony Smart TV to the same Wi-Fi.
* Open the HBO Max app and click the Cast icon.
Click your Chromecast device to cast the HBO Max app.