10 Best PS4 Games You Shall Choose Try Playing Any Time 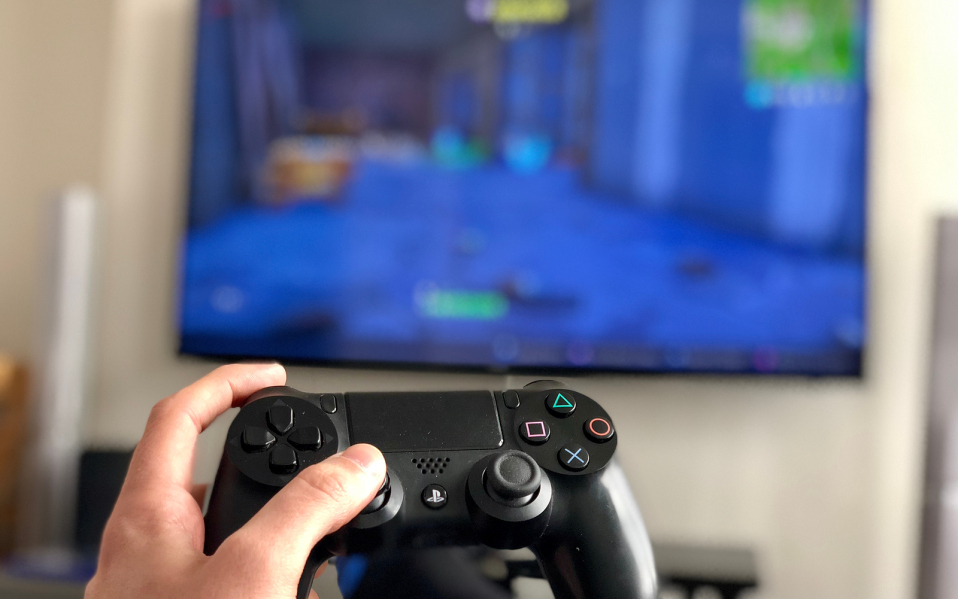 PS4 is the home to plenty of excellent games that you can choose from. It features immersive single-player adventure games to chaotic multiplayer matchups PS4 has games for your taste and preference. They run the gamut from pensive, surreal experiences to action-packed epics. There are so many best PS4 games that are still well worth everyone’s attention. Some games even include visual and performance enhancements to take advantage of. Read on this article to know the best PS4 Games.

10 Best PlayStation 4 Games You Shall Choose

You will find the best games you shall play from your PlayStation 4 gaming console.

Last of Us Part 2

It is an action-adventure game that focuses on two playable characters. Those two are set out for revenge after suffering a tragedy. And the other one is none other than Abby soldier who involves in a conflict between militia and religious cult. The most interesting thing about the game is it allows the players to fight human enemies and cannibalistic zombie-like creatures. It also allows fighting with firearms, improvised weapons, and stealth. It is one of the most selling PlayStation games, with four million units sold on its release. The game holds the record for most Game of the Year awards. It also receives multiple other accolades from awards shows as well as gaming publications.

God of War is also an action-adventure game and one of the most famous and most selling games. It is the eighth installment game in the God of War series. They use an over-the-shoulder free camera with the game in one shot to fix the cinematic camera of previous entries. Moreover, it was the first 3D AAA game to use a one-shot camera. It also includes role-playing video game elements. The player will control the character Kratos in combo-based combat and puzzle game elements. Its gameplay is vastly different from previous games. The weapon can be thrown at the environmental objects that trigger a damaging explosion. The game supports freezing objects and enemies in place for puzzle solving until the axe summons. God of War become the franchise’s fast-selling entry and remained top of the all-format sales chart for six consecutive weeks.

It is an action role-playing game whose plot follows Aloy, a young hunter in the world overrun by machines. The player uses ranged weapons, a spear, and stealth to combat mechanical creatures and other enemy forces. Additionally, a skill tree provides the player with new abilities and bonuses. The player also can explore the open world to discover locations and take one side quests. The map is composed of forests, jungle, desert, and snowy mountain regions. It also has corruption zones that constitute areas that heighten difficulty and are populated by corrupted machines. The story is set in the 31st century in a world where humans live in tribal-like populations with less access to technology.

Assassin Creed Valhalla is a vital companion who gets the players through the Viking theme epic. It includes 100 plus hours of content with the large majority taking place in the version of England, with luscious green fields and Saxon towns. It also covers a wide range of stuff to use your skill to unlock the best upgrades. England is the main region to explore in this game, but it does have a number of regions too. It is the latest entry in Ubisoft’s long-running action or stealth series. The player will take control of Eivor, who is a Viking warrior in medieval England. They assassinate key targets and do battle against dangerous Saxons. You can even participate in Viking rap battles known as flyting. Silver is the main currency in the game. Assassin’s Creed Valhalla carbon ingots are the primary method to upgrade weapons and equipment.

Death Stranding is one of the best PS4 games. The player will take control of Sam bridges which delivers supplies to the survivors. It is actually an action game by Kojimo Productions. The game is set in the United States following a cataclysmic event that caused the destructive creatures to begin roaming the Earth. The players can control Sam Porter bridges a courier to deliver supplies to isolated colonies. This death-stranding game received favorable reviews, with critics praising its voice acting, soundtrack, and visuals. It is an action game set in an open world and includes asynchronous online functions. The player controls Sam bridges to deliver supply cargo to various isolated cities.

Devil May Cry 5 is one of the most confident and also stylish games which satisfy long-term fans and welcomes newcomers. The players will fight enormous, grotesque foes with a gorgeous combination of gunplay, swordplay, and platforming. It also receives positive reviews from critics, praising the variety of techniques. These three characters bring while narrating the handling of the narrative. Moreover, the game features the return of Dante and Nero as playable characters. The player fights off hordes of demons with a variety of attacks as well as weapons. They also receive a style rating on a number of factors.

It is one of the first-person shooter games by id software. The players assume the role of a space marine which is popularly known as Doom guy. He fights his way through hordes of invading demons from hell. The players will take the role of an unnamed space marine as they battle demonic forces from hell. This gameplay returns to a faster pace with more open-end levels closer to the first two games. The version of this game undergoes an extensive development cycle with different builds and designs. It also allows the players to do double jumps and ledge climbs throughout. This game also features a large arsenal of weapons which is been collected by players throughout the game. The classic weapons and enemy types benefit from new addition like upgrading, double jumping. It also makes Doom one of the most frenetically fun shooters of all time.

Rise of Tomb Raider is a third-person action-adventure game. In this game, the players will control Lara Croft, who is on a quest to discover the legendary city of Kitezh. The players should collect sufficient XP to level up. They also receive a skill point which they can spend on the game’s three skill trees. The storyline is Ms Croft ventures through Siberia in an attempt to complete her father’s work. She doesn’t scream the originality but packs some genuine shocks. Lara has different outfits in the game. Unlike the other game, this story has a specific outfit similar to older games in the series. The outfits in this story are more than cosmetic. Garments are unlockable during the story and can be bought in the game by doing certain challenges or bonuses.

It is an action-adventure game played from a third-person perspective. This game also features a large variety of vehicles and firearms. It includes exotic weapons like the Wind Gun and the Lightning gun. Each weapon has an alternate firing mode. Players can call for supply drop any time in the game. The game is set in a fictional South American country called Solis, home to extreme weather conditions. The game also uses a new technology that allows featuring diverse and extreme weather effects, including blizzards, tornadoes, and more.

Therefore these are the best PS4 games. You can choose whichever attracted you the most. For any queries or suggestions, you shall leave a comment.